Bennett gets another opportunity for Giro stage win 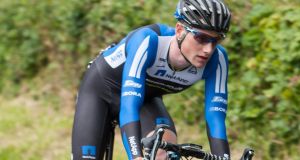 Hunting the first Grand Tour stage win of his career, Sam Bennett is likely to have another chance on Friday when the Giro d’Italia takes a mainly flat route to Praia a Mare. The Bora-Hansgrohe rider has shown strong form thus far in the race, netting third on stages two and three after mistiming his sprint.

Bennett also showed well on Tuesday’s fourth stage, being in the mix for the stage win inside the final kilometre. The ramp up to the line ultimately proved too steep, but the fact that Bennett was the only sprinter there in the finale suggests that he has better form than his rivals.

He will hope to profit from that on Friday’s stage, but will also know that he should remain in the running when more undulating stages thin down the list of contenders.

Thursday’s sixth stage went to the Colombian rider Esteban Chaves (Mitchelton-Scott), who finished just ahead of his team-mate Simon Yates at the top of Mount Etna. Thibaut Pinot (Groupama-FDJ) led in the main race favourites 26 seconds back, with Yates taking over from Rohan Dennis (BMC Racing Team) as race leader.

Dennis’s team-mate Nicolas Roche was best of the Irish in 46th. In finishing over five minutes back, he has lost any chance of a high general classification ride and will refocus his efforts on chasing a stage win.

Meanwhile, Katie-George Dunlevy and Eve McCrystal took a superb gold in the women’s B Tandem Road Race at the UCI Para-cycling Road World Cup in Ostend, Belgium this week. Ronan Grimes took a bronze medal in the men’s C4 80km road race, while the male tandems of Peter Ryan with pilot Seán Hahessy plus Damien Vereker with Dermot Radford finished sixth and eighth respectively in their event.

Finally, another strong squad has been confirmed for the Rás Tailteann, with the addition of the American Jelly Belly – Maxxis team to the start list. The squad will feature the Americans Jacob Rathe, Taylor Shelden, Curtis White and Ben Wolfe, as well as the Mexican Ulises Castillo Soto.

Rathe is particularly impressive, having recently taken the green jersey at the Redlands Bicycle Classic, and landing the King of the Mountains jersey in the prestigious Tour of Utah last year. He also won the Tour of Xingtai in China.

“The Jelly Belly candy company is the longest title sponsor of a professional cycling team,” says team CEO Danny Van Haute. “It is the 19th season now in 2018. The team that we are sending to the Rás is well balanced for this race.

“Our leaders will be Jacob Rathe and Curtis White, but that could change after each stage. The team goals are to win a stage, podium in a few more stages, and have a rider in the top 15 in GC.”

The race begins in Drogheda on Sunday week and totals eight days and 1168.7km in length. It will feature four gruelling category-one climbs plus 30 other categorised climbs, as well as stage finishes in Athlone, Tipperary, Listowel, Glengarriff, Mitchelstown, Carlow, Naas and Skerries.