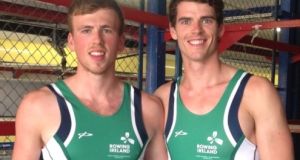 Queen’s University, Belfast, amassed a big haul of medals at the BUCS (British University and Colleges Sport ) Regatta at Nottingham.

In the top-ranked Championship single, Philip Doyle took silver and on Saturday. Sam McKeown could only take fourth on the day, but the two men formed a Championship double which took silver yesterday.

The Queen’s women’s rowers won through to a succession of A finals with Fiona Bell taking a bronze medal in the Championship Single.

The much-anticipated Lough Rynn Regatta, set for Saturday, was cancelled on precautionary grounds. However, it is understood that conditions on the day turned out to be less problematic than predicted.