Angling Notes: 83 rivers to open for salmon and sea trout fishing in 2021

In a welcome trend, 49 rivers will be fully open, representing 20 per cent increase 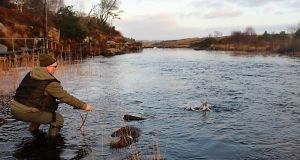 Throughout the 2021 season, 83 rivers will open for salmon angling 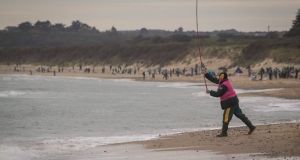 A new online survey aims to understand and improve sea angling in Ireland.

The Minister with responsibility for inland fisheries, Eamon Ryan, has announced that 83 rivers will open for salmon and sea trout fishing during 2021, starting from last Friday, January 1st. In a welcome trend, 49 of the rivers will be fully open (an increase of 20 per cent on 2020), with a further 34 available for catch-and-release.

Continued movement in an upward direction is only possible over time and entirely dependent on redoubling conservation efforts in the face of environmental, climate and human impacts, the Minister said.

Following advice from Inland Fisheries Ireland, the Minister enacted legislation in relation to 147 genetically wild salmon stocks, which in turn was considered in the light of individual scientific assessments.

Assessments were carried out by the Technical Expert Group on Salmon (Tegos), an all-island group comprising experts from a range of bodies. This advice was also part of a statutory public consultation process of which 33 written submissions were received from stakeholders.

“Ireland is internationally recognised for prioritising conservation as fundamental to our salmon management efforts. I am determined that the innovations of International Year of the Salmon will endure. This is key to ensuring the resilience of salmon in Ireland and the entire North Atlantic,” the Minister said.

The response to the call was “unprecedented”, according to project manager, Diarmuid Ryan, with 1,033 shore anglers, 463 small boat and 417 charter boat anglers reporting on their experiences.

Information gleaned from the input will be utilised to make informed decisions about how best to focus efforts in characterising the current state of sea angling in Ireland.

A sample of responses highlight the fact that 44 per cent of shore anglers live in Leinster whereas the west coast is most popular for small boat and charter anglers, accounting for 26 per cent.

A total of 128 shore anglers said they fish more than 14 times in August while just 22 venture out on 14 occasions in December. Small boat anglers try to get out at least once a week in the summer months and charter boats sail about twice a month.

Cod remains most popular (apart from mackerel) and although some suggest pollock is becoming a more favoured (flavoured) fish, the vast majority are released.

Most anglers over 55 years of age expressed a reduction in angling quality over their fishing career. However, almost half of those in the younger bracket said it was quite good and remained constant.

The data from the survey has been collated and a brief report is now available. If, however, you recall a question not already mentioned, see contact details below. It is intended to publish a full report in 2021 to examine all output in detail.

Covid-19 permitting, survey teams will be back out on the coast next year to collect new catch data from sea anglers. To keep up to date, an online diary is currently in testing and due for release in early 2021.

Correction: In last week’s angling notes I stated that intercounty travel was permissible until January 6th. This is now incorrect. Travel outside your county ceased at midnight on Saturday, December 26th, 2020.

For further information, contact Diarmuid Ryan at 01-884 2600 or seaangling@fisheriesireland.ie