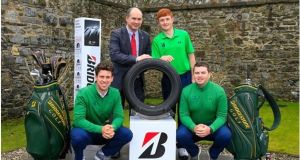 The way golfers around the world will calculate their handicaps is set to be transformed by a new system developed by the USGA and The R&A, with key features designed to provide all golfers with a consistent measure of playing ability.

The new system will feature the following:

- Flexibility in formats of play, allowing both competitive and recreational rounds to count for handicap purposes and ensuring that a golfer’s handicap is more reflective of potential ability

- A consistent handicap that is portable from course to course and country to country through worldwide use of the USGA Course and Slope Rating System, already successfully used in more than 80 countries

- An average-based calculation of a handicap, taken from the best eight out of the last 20 scores and factoring in memory of demonstrated ability for better responsiveness and control

- A maximum handicap limit of 54.0, regardless of gender, to encourage more golfers to measure and track their performance to increase their enjoyment of the game

Given worldwide alignment towards a single system, all parties will now embark on a two-year transition period targeting implementation in 2020. When adopted, the World Handicap System will be governed by the USGA and The R&A and administered by national and regional associations around the world, with safeguards included to ensure consistency as well as adaptability to differing golf cultures.

Irish Pair lose out in play-off

Holland’s Douglas Williams and England’s Stephen East won the Spanish International Pairs title when they beat Ireland’s Hugh Smyth and Maurice Kelly in a play-off at El Saler on Sunday.

Both teams finished tied on 146 after 36 holes last Thursday but were unable to play off until after the conclusion of the Spanish Seniors Amateur Open on Sunday.

The playoff eventually took place on the 16th hole and it was William and East who emerged victorious, carding a par to a bogey by the Irish duo to claim the title.

In the individual event, Spain’s Ignacio González became the first home winner since 2011 when he closed with a 77 to win by two strokes on seven-over 223 from Norway’s Tore Sviland and Italy’s Gianluca Bolla in windy conditions.

Rosapenna Hotel and Golf Resort in Co Donegal will play host to the €40,000 qualifier for the Dubai Duty Free Irish Open hosted by the Rory Foundation on June 30th and July 1st.

The 36-hole tournament, administered by the PGA in Ireland, will be played on the Sandy Hills Links. Four starting places in the Dubai Duty Free Irish Open hosted by the Rory Foundation at Ballyliffin GC (July 5th-July 8th) will be at stake.

All PGA in Ireland members and registered assistants will be eligible to compete in the event. Six places in the field are open to amateur players nominated by the Golfing Union of Ireland. A further 12 spots will be filled by professional golfers selected by the European Tour.

The Sandy Hills Links at Rosapenna opened in June 2003 and has steadily risen up the various Top 100 listings across the UK & Ireland. It is currently ranked 10th in Ireland by Golf World. Originally laid out by Pat Ruddy and later modified by Beau Welling Design (2013), this modern links is a great test of golf in one of the world’s most beautiful settings.

The Sandy Hills Links has hosted the 2015 Men’s Interprovincial Championship, the 2017 Ulster Mid-Amateur Championship and has also secured the 2020 Irish Close Championship.

Bridgestone have been confirmed as the new title sponsor for the men’s and boys’ international orders of merit.

There is extra significance attached to the Bridgestone Order of Merit, which puts the spotlight firmly on domestic events in 2018, with the top two players guaranteed a place in the Ireland team for the Men’s Home Internationals.

Tullamore’s Stuart Grehan claimed his first win as a professional and gave his confidence a boost when he birdied three of his last six holes to clinch a one-shot win in the Palmares Classic VI on the Algarve Pro Golf Tour.

The former amateur international began the final round of the 36-hole mini-tour event three strokes behind South Africa’s Tyler Hogarty after an opening 63 at Onyria Palmares Beach & Golf Resort. He then carded a four-under 68 to win by the minimum from England’s Max Orrin (68-67) on 10-under par.

The youngsters were to the fore in the nett with eight handicapper Mulligan, younger brother of University of Oregon freshman Thomas, claiming the top prize with a two-under 69. He was out in 38 shots and the held on for the win despite bogeys 12th and 15th and a double-bogey six at the dangerous 18th.

He won the nett by three shots from fellow Laytown and Bettystown man Alex Maguire (17) and Holywood’s Tom McKibbin (16).

Nolan moves to the top at Druids Glen

Marc Nolan took the honours at the Titleist sponsored Druids Glen Winter Alliance outing at Druids Heath to move to the top of the Order of Merit with just three events remaining.

The Dun Laoghaire two-handicapper had 36 points to win by two points from Murtagh Davis and take over from resort professional Patrick Geraghty at the top of the overall points list.

Patrick Errity had the best gross with 31 points to move up to fifth in the overall standings.