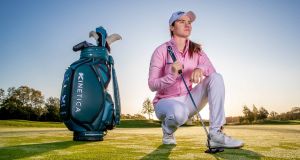 This week’s tournament in Florida is the start of the next phase of Leona Maguire’s career path. Photograph: Morgan Treacy/Inpho

Cast an eye across the Atlantic in the coming days, for a significant piece of golfing history will be made: for the first time, two Irish women hold full LPGA Tour cards; and, for Leona Maguire and Stephanie Meadow, the first steps of their journey for the 2020 season gets under way in a place called Boca Raton in Florida.

In what is the 70th anniversary of the LPGA Tour, the ladies’ professional circuit which has come a long way since its formative years, the arrival of Maguire to join Meadow on the big stage is certainly timely and also affirms the upward trending of Irish women’s golf. There is a conveyor belt of talent coming behind, with Olivia Mehaffey - who has accepted an invitation to play in the Augusta National Women’s Amateur in April - leading the next generation.

For now, it is the journey of Maguire and Meadow that is worth noting as their season’s work gets under way in the Gainbridge LPGA at Boca Rio Golf Club in the town of Boca Raton, a town that lies between Fort Lauderdale and West Palm Beach. It is a new tournament on the schedule, and the first full-field tournament of the season on the LPGA Tour. It is the starting point for Maguire and Meadow, in a season which holds much promise.

In the LPGA Tour’s inaugural season back in 1950, the total prize money for the season was $40,000. This year, the total purse - with the LPGA Tour effectively a global circuit, breaking out from the USA to also factor in events in Australia, Asia and Europe - will come to $75 million. That is the world in which Maguire and Meadow have made home.

This week’s tournament has a purse of $2 million with $300,000 to the winner. It is a full-field tournament, with 108 players teeing off and 70 (and ties) surviving the 36-holes cut. For Maguire, who graduated from the Symetra Tour last year, her new working life kicks off with a morning tee-time playing alongside England’s Jodi Ewart Shadoff and Thailand’s Pavarisa Toktuan. In almost perfect symmetry, Meadow is in the very next three-ball off the 10th with Americans Kendall Dye and Alison Lee.

For sure, the two Irish players have a bit of a way to climb: Meadow is ranked 242nd in the world, Maguire is currently 257th.

The quality of the field this week is reflected in the presence of six players from the top-10 in the Rolex world rankings: Nelly Korda, Danielle Kang, Sei Young Kim, Nasa Hataoka, Brooke Henderson and Lexi Thompson. Also, 11 of the 12 members of Europe’s winning Solheim Cup team and 11 of 12 members of the defeated USA team are in the field.

Meadow, who retained her full LPGA Tour status in quite dramatic fashion with a tied-sixth finish in the Volunteers of America Classic at the tail-end of last season to break into the top-100 (in 99th) on the order of merit, will be looking to kick on.

For Maguire, a perfectly executed plan - college, Symetra Tour, LPGA Tour - has come to be: for a player who holds the all-time record of 135 weeks at number one in the amateur world rankings, her arrival onto the biggest stage always seemed part of her destiny. This week’s tournament in Florida is the start of the next phase of that career path.