With most bookings postponed until 2021, domestic golfers can enjoy the best courses 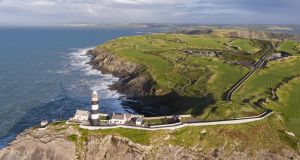 Take a trip to any of the best links courses around the Irish coastline between April and September and you’ll see the buses winding their way down tiny country roads and trying to find space in the car parks.

Each year the tourists come in their droves to experience true links golf that can only really be found in the UK and Ireland. For many it’s a once in a lifetime experience while others are seasoned veterans of the Irish golf trip.

With the typical rate for a round at some the best links courses in the country such as Waterville, Ballybunion, Tralee, Lahinch, Royal County Down or Portmarnock setting an overseas visitor back €250 or so, golf tourism is big business in Ireland.

Fáilte Ireland estimate that 200,000 tourists visit Ireland each year to play golf, contributing over €270 million to the economy annually. And when those tourists are spending €250 on a single round of golf they’re not exactly penny-pinching. Most will play at least three or four courses over the space of a few days while food, drink, accommodation costs and merchandise go on top of that.

But this year the roads, car parks, fairways, pro shops and clubhouses lie quiet. While most golf clubs around Ireland are currently enjoying a boom in membership numbers which is helping to ease the impact of being closed for two months, those that rely on the tourism market have seen the vast majority of bookings for this summer completely wiped out.

Most would be fully booked up from April to September, seven days a week, but now the fairways are only being walked by the small number of members the clubs have as well as some Irish visitors.

Ballybunion Golf Club on the north-west coast of Kerry has long been a particular favourite for visitors from the US and, between the Old Course and the Cashen Course, there would usually be 16,000 rounds a year played by overseas visitors.

While the course and the clubhouse would usually be full with visiting golfers, this year it’s the reservations team that have been busy rescheduling bookings for next year.

Like most of the courses in the same bracket, Ballybunion is offering specially reduced rates for Irish visitors this summer but, as general manager John Eggleston explains, this year’s revenue will fall well short of what was predicted. The club has a small local membership but the financing model is such that over 85 per cent of its income comes from the tourism market.

“We’re booked up a year in advance at least,” he says. “We would have done over €3 million in green fees bookings this year, we’ll be lucky now to do over one tenth of that just from the Irish market.

“For our visitors 95 per cent would be from North America and the remainder would be from mainland Europe, Australia, Japan and the like. Obviously at this current juncture none of those visitors are coming and we can’t seem to clarify at the moment what the quarantine arrangements are going to be come September.

“At this stage your guess is as good as mine whether we’ll even get people coming from England. We hope to get English visitors in maybe September or October but again that’s all subject to quarantine. Our book has been decimated.”

Around the country it’s the same story. At Old Head in Kinsale, where the top rate for a green fee is €375, the course and its on-site suite accommodation was virtually fully booked up from April onwards but now it is just Irish visitors playing along the clifftops. The club has seen a large uptake in the special rates being offered to domestic visitors and most international visitors have postponed until 2021.

In Ballybunion Eggleston says the fear would be if airlines pulled out of Shannon Airport which is where a lot of golf tourists, particularly from the US, will fly in to given its proximity to courses on the west coast.

However, he remains optimistic for next year as long as travel restrictions are lifted and visitors can begin to come as normal from the beginning of the season in April. Since the last global recession passed Irish links courses have been busier than ever and most are financially stable enough to deal with one fallow year.

“Most of the major established links courses would have very little debt if not no debt at all,” Eggleston says. “We wouldn’t have any debt so I’d say it’s a fair comment that most are in a good position to weather this one year of a pandemic but if it goes into multiple years we’d have to look at the model. But look, people have been coming here through the recession and after 9/11 it did fall off a cliff for a year but that was it, it did resume again the following year. “

With travel restrictions set to remain in place for a few weeks at least and with public health experts asking people to holiday at home this year, now might be the time for Irish golfers to avail of some of the special rates on offer and book that once in a lifetime trip.