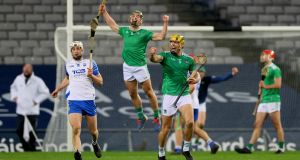 “When the facts change, I change my mind. What do you do, sir?”

The above aphorism would fill a column in itself. Variously ascribed to economists John Maynard Keynes and later, Paul Samuelson, it’s always being misquoted or wrongly attributed but let’s just roll with its plain meaning.

Anyone fair-minded would have to feel sympathy for the fixture planners in Croke Park. Feargal McGill and the Central Competitions Control Committee (CCCC) must have been exhausted by the time they got to Christmas, having steered the 2020 All-Irelands with their unique blend of sporting competition and speed dating to an unflustered conclusion a month ago.

Also in December the calendar for 2021 was laid out: a split season, intercounty training to start mid-January and leagues to follow in late February.

The CCCC had to see off a late rally by the financial side of the house, which was keen to delay the box-office fixtures until later in the year when people might be able actually to buy tickets and start the wheels of commerce turning again after a year stuck at zero.

That argument was effectively rebutted by the reality that the club season couldn’t go first in an environment governed by Level 5 lockdown. So, it wasn’t a choice between club and county but between county and nothing.

Facts changed pretty drastically over the festive season. The holiday permissions evaporated before Christmas and the third Covid wave crashed down on us all with infection numbers stratospherically beyond the previous peaks.

The GAA are accordingly back face to face with a storm of dilemmas that they must have hoped would have calmed by now.

Training obviously has been suspended and although the leagues are allowed to continue within the Level 5 restrictions, Croke Park is keenly aware of two key issues. Firstly, Gaelic games would not really be possible in the current environment, which has seen top-flight professional sport struggle amid fixtures being called off and competition formats abandoned and rescheduled.

Secondly the indulgence of the public, which was a necessary – and granted – element of the winter championship couldn’t be presumed.

At a time when schools are closed, with no sign of imminent reopening, and other restrictions biting, the sight of county teams rambling around the countryside, even in the curtailed formats of the proposed league, would be problematic.

All this is accepted. After all, the GAA has always – with the ill-advised exception of publicly ticking off the acting Chief Medical Officer – stressed its obedience to the National Public Health Emergency Team’s recommendations, as mediated by Government, and even on occasion pre-empted them – for instance shutting down club activities in response to the idiot-behaviour of celebrating supporters.

It is also largely accepted that it will be more or less April at the earliest before intercounty fixtures can get up and running again. The CCCC view this as manageable, maybe with some tweaking to the competitions, but what if even that proves overly optimistic?

There is of course no telling. By late spring last year the idea that 2020 might be written off by the association was gaining currency but the situation improved both with shrinking case numbers and scientific re-evaluation of the dangers posed by coronavirus in contact sports.

There is every reason for the GAA not to jump the gun at the moment, as the pincer movement of declining numbers and steadily increasing vaccination may well move things in the right direction more quickly than expected.

But it might not and the longer this uncertainty endures, the more this year will begin to resemble 2020 in its lack of matches during the first half of the year.

There appears to be no view on when or whether a tipping point will arrive when it might be better to proceed firstly with club activities so as to avail of the possibility of attendances in the later part of the year – if the hoped-for schedules are in tatters by then.

There is also a sense of entrenchment about the current positions of those who want the intercounty season to proceed first and those unflatteringly portrayed as ‘bean counters’ which would of course include the director general Tom Ryan, formerly the chief financial officer.

It’s not just a revenue issue, though, because as anyone present at ‘behind closed doors’ matches would testify, they were basically a necessary evil and reduced championship fixtures to pale wraiths of the vibrant events they should be.

Finances though are important, especially with accumulated losses for the two years projected to hit around €50 million. Although large-scale borrowing isn’t a welcome prospect for what is traditionally a tight ship, some loans are going to have to be raised.

At present there isn’t much talk of that, partly to present a needier picture to Government with a view to further support and partly to discourage counties from developing overly ambitious spending notions. The latter is unlikely at present given that counties have nothing.

Originally the ‘county first’ split season made sense but the longer the return to play is delayed, the more its rationale is weakened. If that return can’t take place until near the summer there will certainly be an impact on club activities, which are currently scheduled to take off after the All-Irelands in mid-July.

It will also entail trimming and tweaking, particularly in the league, which is for most counties their primary competitive focus in a given year. If everything gets up and running in the coming weeks an operable schedule is possible but if delays persist the GAA is simply looking at damage limitation like last year but it is hoped, with a few extra weeks to accommodate an albeit attenuated league.

The 2020 calendar turned out to be a great success in salvaging both club and county seasons. It’s hard to see what would be wrong with repeating that improvisation and as a bonus availing of some spectators later in the year.