Nicky English: New format excites but nobody’s sure of the implications 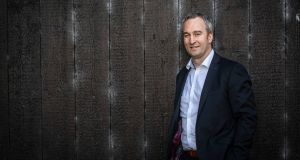 Michael Ryan: the Tipperary boss has one-third of a team to come back and the forwards will be far stronger with Séamus Callanan, Noel McGrath and Dan McCormack. Photograph: Morgan Treacy/Inpho

The new championship format is shaping up like Brexit. Everybody knows that it’s coming but nobody’s quite sure of the practical implications.

So far, the perception is that you’re going to need a deeper squad because of the likelihood of injuries and the lack of lead-up time between games. This impacts on everything including media coverage, which will be split between four big fixtures every weekend instead of one or two.

It also affects the hard-core hurling public, who won’t be able to see anything close to all of the fixtures. Like many others, I’d always attend both the Leinster and Munster final and that won’t be possible this year, which I believe is a mistake that might be looked at in any review.

The provincial championships have hardly changed at all in the history of the GAA and now that they have, it’s a pretty radical departure. It’s exciting for players, who want to play matches and the public, who want to see them.

One issue I can foresee with the format and its four matches in five weeks is that it will make it very hard to work in between. Anyone managing a team is going to find it difficult to turn up on a Monday, have a normal output during the week and get ready for the next match.

In fact I imagine you could see a situation in the future where players are required to take holidays at this stage to prepare between matches and I’m not sure an approach like that was envisaged when the format was devised.

Nobody has any experience of how to operate this system and that in itself makes it exciting. I’d probably have preferred the extra matches at the other end of the championship, like the Super 8s in football, but ultimately this is a step along the way and it will be interesting to see where the championship is in 10 years.

It also affects how we look at the championship. This time last year I had a pretty good idea that Galway were well-placed to win even if you couldn’t be certain, given their recent history. They had played well in the league and had the right profile of player.

You couldn’t be as sure about Kilkenny on the basis of winning this year’s league because a) it was played in winter conditions and b) most teams frequently changed their selections whereas from the second half against Clare on, Kilkenny line-outs were relatively stable.

Brian Cody’s attitude to the league mightn’t have changed – and I think his priority was finding a team rather than a panel – but I’m not sure that the competition still complements the championship.

At the same time, it’s all about small margins. In 2017 Kilkenny fell out of the top four for only the second time in 13 years and it wouldn’t be surprising if they get back this summer, especially as last year’s semi-finalists have all shown a degree of frailty so far this season. But picking winners at this stage is near impossible.

Galway haven’t sent out the same signals and I’m not convinced they’re shaping up to take this championship by the scruff of the neck. If they rediscover their best form they’ll take beating but at the moment the jury has to be out.

Their first big statement last year was destroying Tipperary in the league final. Tipp did well to recover from that disaster and nearly close the whole gap on Galway in the All-Ireland semi-final.

It will almost be as hard to recover from last month’s defeat in this year’s league final, against Kilkenny. Mick Ryan does have one-third of a team to come back and the forwards will be far stronger with Séamus Callanan, Noel McGrath and Dan McCormack.

Problems are at the other end. Michael Cahill’s now a doubt and they have to do something to get James Barry’s confidence up at full back. Darragh Mooney was the reserve goalkeeper last year but he has to start commanding the stage and not look like he’s still auditioning.

Waterford in my view will really suffer from not having home matches. They have to go to the Gaelic Grounds to play Tipp, who will have already faced Limerick there just a fortnight previously.

Then there’s the missing players. Shane Bennett is a huge loss. His hard work last year, hod carrying and winning frees, probably obscured his talents but he has obvious quality as well. Maybe Tom Devine can take over that role now that he’s back but Derek McGrath would prefer to have the two of them available.

Cork have flown under the radar but they have one big advantage; the new Páirc Uí Chaoimh will be a great venue for their supporters and they’ll pull in big crowds, which is part of the mystique they’re always capable of creating.

Limerick will be dangerous dark horses. It sounds contradictory but their U-21s have produced some very good forwards and yet they need to control the number of wides. The point is that I think they have the quality and it’s a matter of preparation and composure.

They’re well capable of beating Tipperary in the first match and that would put the cat among the pigeons.

It’s worth pointing out that perhaps the most important fixture of both provincial championships will be Dublin and Offaly. The loser of this will almost certainly not be in the MacCarthy Cup at all next year, which would be a massive blow for either county.

I think Dublin are vulnerable. They have struggled in the league whereas Kevin Martin has improved Offaly. It’s a positive for Pat Gilroy’s team that this game will be played in Parnell Park as they’ll need every advantage that’s going.

One way or the other, the next few weeks is going to be fascinating