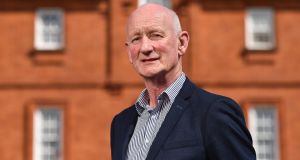 Brian Cody: Kilkenny’s long-serving manager will be expecting to see his league-winning team back in the provincial final. Photograph: Seb Daly/Sportsfile

The All-Ireland hurling championship of 2018 is a a five-tier competition composed of the existing MacCarthy, Ring, Rackard and Meagher Cups as well as the new Tier 2 Joe McDonagh Cup, which will slot in between the MacCarthy and Ring Cups. There are round-robin formats at all levels.

The MacCarthy Cup mainly consists of two provincial championships in Munster and Leinster, consisting of five-team groups and played on a round-robin basis.

The top two counties in each group meet in the provincial finals and the third-placed teams play the finalists from the McDonagh Cup, featuring Antrim, Carlow, Kerry, Laois, Meath, and Westmeath, for a place in the All-Ireland quarter-finals.

Provincial champions proceed as previously to the All-Ireland semi-finals whereas the provincial finalists contest quarter-finals against the winners of the play-off between third-place counties and the McDonagh Cup finalists.

Fourth-placed counties in either provincial group go no farther this season. The bottom county in Leinster will be relegated and replaced the following season by the McDonagh Cup winners unless the winners are Kerry in which case they will have a play-off with the bottom-placed county in Munster.

Although the initial reaction to the new provincial hurling championship structure was surprise that the round-robin format was being introduced at the start of the summer rather than at the end, as will be the case with football’s Super 8, it can be seen now to make a good deal of sense.

The document drafted to propose the format mentioned that the starting points had to be the retention of the provincial championships, the provision of additional matches and no further intrusion into the club calendar.

What will be trialled from next weekend and for the following two years is probably the only format that delivers on those restrictions.

Given the green shoots visible in Offaly at present, the idea of they or Dublin – the two counties overwhelmingly likely to contest the relegation spot – dropping out of the top tier may prompt a rethink with the possibility of Leinster being as originally envisaged, a six-county championship.

There is also the prospect of a dead rubber in Leinster should Galway clinch a final place ahead of schedule, which would leave Dublin going west in the last round and potentially facing a shadow home team, which could impact on the relegation battle.

Both the Leinster and Munster five-county championships will run for five weeks, culminating in the top two teams in each province contesting the final. The third-placed counties will have to play a preliminary quarter-final round against the finalists in the new Joe McDonagh Cup.

This additional round wasn’t entirely welcomed by Croke Park officials but there was strong support at last October’s special congress for the right of Tier Two counties to get a shot at the MacCarthy Cup in the same year.

The schedule loosens a bit after the completion of the provincial round-robin and there will be two weeks until the Leinster and Munster finals and three weeks until the preliminary quarter-finals.The quarter-finals will be a week later on July 15th with the semi-finals played on the Saturday and Sunday of the same weekend, July 28th and 29th.