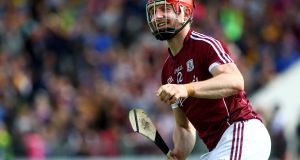 Joe Canning: “Like we’ve played five or six games for the last couple of years. Even if we got one game per year.” Photograph: Tommy Dickson/Inpho

Galway’s three-time All Star Joe Canning says that hurling in the county is suffering because of a lack of big championship matches to showcase at home.

He also believes that rugby would have been an attraction for him as a young player had Connacht then enjoyed the type of success the province had in 2016.

In the nine years since he made his debut, the Portumna attacker has played only two championship matches at home: against Laois and Clare in 2008 and 2011, both in Pearse Stadium.

“It’s the same with Kilkenny. The boys have only played two or three as well. In Galway, we’re fighting with a lot of other sports, rugby and soccer. It’s to promote the game down the west of Ireland rather than anything else.

“It’s very hard for people in Connemara for people who love hurling to travel an hour to Galway and then two hours to Dublin or wherever to see a game. I’m sure if we got one or even two [home] games a year. Like we’ve played five or six games for the last couple of years. Even if we got one game per year.”

Comparing this with Connacht’s big matches in the Galway Sportsground, Canning, who played rugby with Portumna and Ballinasloe and was on Connacht’s radar, said that the promotional loss in respect of the younger generation was significant.

“One hundred per cent. They can see them playing on a certain weekend in the Sportsground. That’s who they want to be, Johnny Muldoon or Tiernan O’Halloran or whoever because they see them up close and personal every second weekend.

“That’s understandable as well. If I was young again, I’d probably be the same, probably be drawn into the rugby because they are successful. When you’re a young guy, that’s what you aspire to.”

He hopes to be back in action by the end of March. His forced withdrawal from last year’s All-Ireland hurling semi-final against Tipperary had a big impact on his team’s one-point defeat.

He gave an update on his recovery from a serious hamstring injury.

“Not too bad. It’s five months next Tuesday since the surgery so they say it’s kind of a seven-, eight-month kind of a thing. I’m a little bit ahead, but I’d say it will probably be March by the time I’m fully back.

“I ripped the tendon basically; the muscle is fine . . .I’ve a centimetre-and-a-half left on the bone so it’s just surgery to reattach that but if it came off the bone, it usually brings a bit of the bone with it. So Paul O’Connell, let’s say for instance, would have brought some of the bone and that never really heals.”

Remembering the fateful day last August, he says he underestimated the damage he’d done at the time. “I suppose when I got up and tried to walk, I couldn’t because I’d no power whatsoever in my hamstring. I couldn’t lift my leg behind me, so I knew then it was bother.”

On crutches at the final in September he was unable to take any consolation from seeing the county that beat his team so narrowly tearing away with the title.

“You’d be kind of half-sickened, to be straight up. There’s no point in saying it any other way. You become very selfish in those kind of situations and you’re kind of going, ’F*** it, like; we could have been there, that could be us.’ But still, if we got to the final, you don’t know what could have been the result – Kilkenny could have beaten us.”