Late Goal helps Limerick get the better of Clare 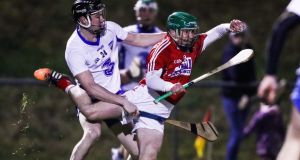 Cork made it three wins from three in the Munster Hurling League with a strong late charge to beat Waterford at Mallow.

While Waterford sub Billy Nolan put them 1-18 to 0-20 in front on 65 minutes, Cork went ahead through Patrick Horgan and Daniel Kearney and subs Darragh Fitzgibbon, Shane Kingston and Alan Cadogan rounded off the win with Waterford only responding through Tom Devine.

It was an outcome which few would have expected when Eamonn Murphy’s fifth-minute goal helped to put them 1-5 to 0-2 in front early on.

Horgan frees helped Cork back to within a point, 1-10 to 0-12, by half-time and though Shane and Stephen Bennett kept Waterford ahead in the second half, Cork managed to seize victory.

Though trailing for most of the evening Limerick relied on a pair of goals late in each half to get them over the line against Clare at Sixmilebridge .

Clare took an early lead and were in front by 0-4 to nil by the sixth minute. But a Graeme Mulcahy goal for the visitors in the 34th minute levelled matters before a Cathal O’Connell point sent Clare in 0-12 to 1-8 in front at the break.

Barry Nash provided Limerick’s second goal and killer blow late in the second half, giving Limerick the lead for the first time in the contest. They stayed in front until the end to take two valuable points.

Subs: J McCarthy for Shanagher (h/t), B O’Gorman for Fitzgerald (61 mins), K Hehir for Reidy, B Duggan for P Duggan (both 67 mins)