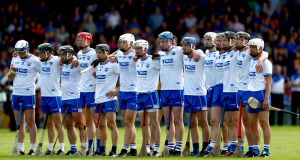 This rivalry has become a gripping sub-plot in the two years since David Fitzgerald took over in Wexford. Last year results went his way in both league and championship but the pendulum has swung back so far in 2018. Of the three meetings, Kilkenny have won the two more important and now they have home advantage for what is effectively a Leinster semi-final. Other straws in the wind include Kilkenny’s slightly more resilient display against champions Galway, the fact that Wexford are on their fourth successive week whereas their opponents had a rest last weekend and even the likelihood that Brian Cody is particularly keen on overturning last year’s result as well as fancying another crack at Galway, in Croke Park. Kilkenny have improved on last year but still have issues at full back, where a top wing back in Pádraig Walsh is being sacrificed. Maybe Wexford were holding back last week but in any event it’s doubtful that there’s enough in that.

The first of the new format’s ‘dead rubbers’ sees qualified Leinster finalists Galway host a Dublin side already safe from relegation but whose season ends here on Saturday. Micheál Donoghue has given vague assurances that he will field a strong selection but even protecting players with injury niggles will strip things back a bit, given the knocks picked up by Jonathan Glynn and Joe Canning. Whatever about Galway, Dublin have shed a couple of heavy hitters in Liam Rushe and Conal Keaney from their team. With the selections adjusting to what’s at stake, the home side is more likely to come out on top.

Two draws last weekend but in very different circumstances: Limerick with 14 men but playing controlled, clever hurling, pulling it out of the fire in Cork whereas Waterford lost an 11-point lead, albeit with a little help from ill fortune. They did however put in a terrific display along the way despite all the injury and suspension woes. Going man to man, they ran Tipp ragged and indicated that once again and if he hadn’t been cleaned out by the fates, Derek McGrath would have delivered another big championship for Waterford. As it stands they’ll be under pressure here. Limerick are expected to have Declan Hannon back from injury although Aaron Gillane is suspended and their burgeoning self-confidence will be enhanced at home – even if it’s their opponents’ second week in the Gaelic Grounds.

The first, real white-knuckle afternoon with the losers all but certain to exit the championship by mid-June. It is Tipp’s fourth weekend running but they seem impervious to the experiences of other counties, having played as poorly - if not more so - in their first match as they did in their third. None of their players are in consistent form with different individuals unexpectedly coming up with big plays. Their miracle draws against Cork and Waterford have alternated between the frenzied, haphazard quality of throwing the kitchen sink and disappearing down its plug-hole. Clare have been more measured: they’d comfortably beat the latter Tipp but not the former. Their big challenge is in managing tight matches but some key players, Tony Kelly and John Conlon, are in good form and they have the dynamism currently lacking in Tipp. Their defence remains the less persuasive half of the team but evidence is that they won’t be facing opponents at the peak of their powers.