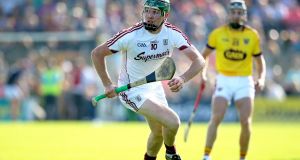 No one could have envisaged how successful the round-robin format of the All Ireland Hurling Championship in Munster and Leinster would be when the concept was first mooted. We’ve been treated to a series of humdingers: drama, controversy, exceptional scores and saves and some brilliant hurling. Whoever writes the scripts deserves a bonus.

It has been an unqualified success in terms of the matches, the interest and the support, and the puzzle is no nearer to being solved. We are three-fifths of the way through Munster and I still have no idea who is going to win.

The general standard is remarkable, even apart from Galway. My contention a few weeks ago was that if Galway found the form of last year, which they didn’t in the league, then they would be ahead of the pack. The reality is that they have found that quality at a bare minimum if not surpassed it in the early games, reflected in their domination in the victories over Kilkenny and Wexford.

It cemented a feeling that they are a couple of paces ahead of the pack, and the All Ireland champions remain the team to beat. Apart from Galway the standard is pretty even, as evidenced not only by three draws in Munster but also in Leinster, where Dublin should have beaten Kilkenny.

The only minor grumble relates to the discrepancy in the fixture schedule that affords some counties a week off and forces others to play four matches in succession. This can be addressed when the review is conducted. There might be an algorithm that would provide the necessary change if the round robin were lengthened by a week, making the fixture scheduling more equitable.

I expected Limerick to do well, and they are, but they are still no nearer qualifying than anyone else. Galway aside, and particularly in Munster, fortunes have ebbed and flowed remarkably. On the evening of the Waterford game against Clare I had virtually discarded Waterford based on the unavailability of players and on injuries and suspensions, but they had Tipperary beaten only to remove their foot from the throat.

Based on the evidence of the matches to date Galway can go back-to-back, and it’ll take a big improvement in the level of performance from someone to topple them. The new system removes the possibility of that big one-off upset, requiring greater consistency to eke out results and gives a greater perspective on the levels of the teams before the knockout stage.

Limerick are perhaps best placed of the challengers but will need to improve significantly; it’s possible because they are young and they have the personnel and playing profile to put it up to Galway in a meaningful manner. I am more unlikely to be surprised by the rest of the teams on foot of what they’ve shown to date.

The National League seems like it took place an age ago. What we are seeing in the Championship is the confirmation that the league, so prescient since moving to the one season around 2001, is less likely to be that from now on. Teams took a different view to the league this year. Kilkenny did well to win it and will be pleased that they have one of the two major competitions in hurling under their belt.

I don’t think the league as an indicator of Championship potential is as reliable as it has been in recent years. Kilkenny’s stock as league winners has been more and more qualified as we have gone through the round robin in Leinster. They came perilously close to losing against Dublin, Offaly gave them a run for a long time, and Galway proved too strong physically and in terms of quality in Salthill.

At that stage Kilkenny were on their third consecutive week. They gave Galway a run for it but ultimately couldn’t last the pace, provoking the question about how much of that was down to depleted physical resources.

We will find out more this weekend because they are coming off a break. Davy Fitzgerald, I’d imagine with a bit of tongue in cheek, suggested that he expects Wexford to be off the pace on their fourth week in a row.

After Wexford’s performance against Offaly I thought they had improved and could go down to Nowlan Park and win, but they ran out of ideas against Galway. They looked flat and didn’t raise a gallop at home against Galway, which bucked a trend somewhat in terms of previous matches. They were beaten a long way out, with the old failings resurfacing: not being able to convert easy chances that undermined their ambition.

Kilkenny are workmanlike but that means they are working, and they will want to get to a Leinster final. You’d wonder how much it’s going to trouble Wexford, after the hiding they took from Galway last weekend, if they didn’t get to a Leinster final. Obviously they want to be there but will their chances be compromised by their intense fixture schedule without a break? Kilkenny will look at it differently and they’ll relish another go at Galway.

It’s a critical weekend but then no more than any of the other weekends. It’s unfortunate that we can’t watch the two games on Sunday but that was made necessary by having identical throw-in times for the last round of matches; it’s fair. Everyone wants to see all the hurling matches now. It’s a small problem in a system that has been fantastic.

For Galway it is an opportunity to experiment and examine the depth of the squad. I don’t expect Joe Canning (knee) to play again before a Leinster final. Dublin will be anxious to win and Galway will be a little more relaxed in their approach; the outcome could be closer than many anticipate.

Clare showed familiar flaws against Cork, not converting superiority into scores in the periods they dominated. They were impressive against Waterford but account has to be taken of Kevin Moran’s sending-off, the litany of injuries during the game and the resulting disruption. They won’t be frightened of Tipperary but my gut feeling is that in survival mode Tipp might just find enough to shade a close encounter.