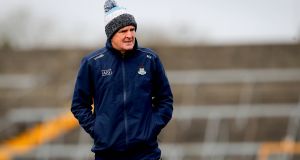 They’ve been in leagues before where they were marked out as cannon fodder before a ball was pucked but they drew with Galway and Laois last year and relegated Offaly in the loser-leaves-town finale. Chris Nolan has been flying for Carlow IT in the Fitzgibbon and can cause hassle at full-forward. Away to Laois in round four is the game of games.

Another county that had a fire-and-brimstone winter, with the process of appointing Brian Lohan turning out to be anything but smooth. Now that he is in situ though, they are optimistic for a decent spring. David Reidy has returned full of beans and Colin Gilfoyle looks ready to take the next step. That said, Peter Duggan’s move to Australia is clearly a loss.

Kenny is quietly putting together a formidable squad. Mark Schutte, Cian O’Callaghan, Donal Burke and Rian McBride are all back in the mix after spells away for one reason or another. Conal Keaney hasn’t ruled out another year and there is new blood in the shape of in Lorcan McMullen from Down and Marc Howard from Cork. Wouldn’t rule out a run to the latter stages.

Cody has freshened up his backroom team with the departures of Mick Dempsey and Derek Lyng, replaced by DJ Carey and Martin Comerford. Inside the lines, Paul Murphy misses the league on army duty but the Ballyhale contingent will be available. Of those, Evan Shefflin must have a serious chance of stepping up to the bigger stage.

After a big 2019, Eddie Brennan’s main task in this league will be to increase his options ahead of the Leinster Championship. Despite their success, he has lost Charles Dwyer, Joe Phelan, Stephen Maher and Ben Conroy over the winter. James Ryan is back after a year away and goalkeeper Enda Rowlands has been named captain for the year.

The addition of 2013 All-Ireland winner Brendan Bugler to Davy Fitz’s backroom team is an eye-catching one. Andrew Shore has returned after four years away - this time as an option at full-forward - with Aidan Rochford also rewarded for his part in St Anne’s run to the county final. No reason to imagine they won’t be aiming to be around at the end.