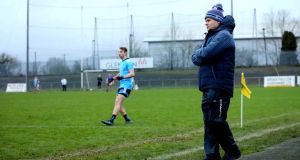 No strangers to the occasional careless relegation, Donegal would benefit from a longer stint this time. Frank McGlynn has retired and Odhran Man Niallais has confirmed he won’t be back. Patrick McBrearty will miss the opener against Mayo so it will be interesting to see does Bonner call on Michael Murphy this early in his 14th season.

Dessie Farrell has the best job in the country and yet there’s still the whiff of the hospital pass about the way he has been handed the reins. All very well saying the quick turnaround will buy him leeway but a couple of early speedbumps would test that theory. Has to plan without Stephen Cluxton and Con O’Callaghan for a while. An interesting spring, for once.

Considering the firepower that wasn’t available to him, winning the FBD League is no bad start for Padraic Joyce. Some interesting straws in the wind so far - Gary O’Donnell vying with last year’s under-20 captain Seán Mulkerrins at full-back, Cillian McDaid reinvented at wing-back. Expanding Galway’s playing style is the big job. Might take more than one spring to do it.

Having made the 2019 final without particularly aiming to, they should go close again. Peter Keane has been helped by UCC and IT Tralee’s early exits from the Sigerson. New faces might find it hard to force their way in but Liam Kearney, David Shaw and Tony Brosnan could all make an impact. Diarmuid O’Connor looks set for a break-out year.

The defending champions have lost Andy Moran and Ger Cafferkey to retirement, while Evan Regan has moved to the backroom team as a nutritionist. Jason Doherty will be out for a while with a knee problem but Tom Parsons was fit and firing in pre-season. Fresh faces to keep an eye out for include Jordan Flynn, Brian Walsh and Pádraig O’Hora.

Back in Division One for the first time in 14 years. A fair chunk of the panel spent the winter tidying up injuries and they will be without Mickey Newman and Pádraig Harnan for most of the spring. Big things are expected of some younger recruits, particularly 19-year-old free-taker Shane Walsh. Staying up would be a decent achievement.

A decade after his first go-round, Banty is back. Vinny Corey and Dessie Mone both hung it up over the winter and Stephen O’Hanlon, Owen Duffy and Neil McAdam are gone as well. Usually a solid league team, they’ll be relying on some young/unproven talent in the likes of Aaron Mulligan, Kevin Loughman and Jason Irwin to avoid the drop this time.

Former Antrim forward Kevin Madden has taken Stephen O’Neill’s spot in the Tyrone back-room - what kind of say he will have remains to be seen. Tyrone won’t have Mattie Donnelly for the league, while Cathal McShane’s situation is at best unclear. Ronan O’Neill is back on the panel and we’ll surely see Darragh Canavan at some stage.