Modest Walsh reluctant to be named among the hurling ‘greats’ 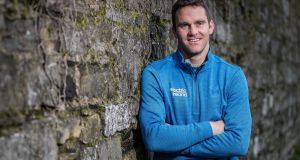 Michael Walsh: “You can argue about an All-Star or Team of the Decade or something like that but you can’t argue with Henry Shefflin having 10 All-Irelands.” Photograph: Laszlo Geczo/Inpho

You’ll know him as the Waterford hurling great who was included on just about every Team of the Last 20 Years selection that was picked over winter, weeks after his retirement. Or the four-time All-Star and all-time record holder for hurling championship appearances.

To the man himself, a 36-year-old father of three, his brutal assessment is that he was ‘a very average hurler’ who got a kick out of training hard and who managed to carve a career out of it.

“I probably wouldn’t have myself in there,” said Walsh of all those Team of the Millennium [so far] lists that include the likes of Henry Shefflin and Joe Canning. “It’s probably all a matter of opinion, I played for so long that a lot of people might just throw me in for the sake of it too.

“Those players are fantastic players but I never really enjoyed individual things, never was a fan of them because at the end of the day, as I always said, you can argue about an All-Star or Team of the Decade or something like that but you can’t argue with Henry Shefflin having 10 All-Irelands.

Unfortunately for Walsh, and Waterford, he never got to experience the ultimate celebration after an All-Ireland triumph. He was captain in 2008 when Waterford were whitewashed by a Kilkenny side at its peak and was there also 2017 when they lost to Galway by three points.

“It’s over now and there’s no point going on about it but obviously that was the goal, I didn’t achieve it and you move on,” shrugged Walsh of missing out on an elusive All-Ireland medal.

“In terms of regret, I’m not going to be there every day saying, ‘Oh my God’, you know what I mean? You just get on with it. But being realistic, it was something that I wanted to win and I didn’t win.”

What about the current Waterford group, will they get the job done?

“Waterford have a lot of good, young talent and they’re getting the opportunity to shine now and hopefully they will drive on and get the most out of it because look, I know more than most, it goes very quickly,” said Walsh.

His 16 years as a Waterford hurler seemed to pass in a blur alright but at least he left his mark.

“A lot of people probably wouldn’t think that I was much good at hurling,” countered Walsh, saying he didn’t care about perception and was only in it for the wins.

You won’t get any argument at least when you tell him he’s as humble as they come. But where does that humility come from?

“I’m the youngest of eight and I’ve five older brothers, so draw your own conclusions there,” he smiled. Explains a lot actually.