Mount Leinster Rangers put it up to Offaly champions in Tullamore 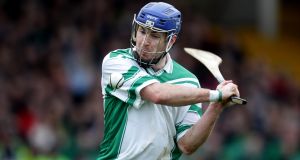 Coolderry had to pull out all the stops to see off a very stubborn Mount Leinster Rangers in this Leinster club hurling quarter-final at O’Connor Park in Tullamore on Sunday.

It was a rip-roaring tussle, full of teak-tough physical exchanges and score taking of the highest quality as the Offaly champions finished with 13 men – influential centre half back Kevin Brady got a second yellow five minutes into the second half while Mark Bergin got a straight red three minutes from time.

The first half had everything and the Carlow kingpins were the better side in the opening quarter. They led by 0-5 to 0-3 after 11 minutes as they displayed fantastic accuracy. By the 17th minute, Coolderry had edged 0-6 to 0-5 ahead and two excellent goals in the space of a minute brought the crowd to their feet. First Chris Nolan got a great goal in the 17th minute and moments later Brian Carroll cancelled it out with an even better one.

Coolderry were the better side for the remainder of the half and led by 1-13 to 1-9 at half time. They were 1-15 to 1-10 ahead and about to enter cruise control when Brady saw red and it was real dog eat dog stuff from there on to the final whistle.

While the numerical advantage helped Mount Leinster, Coolderry always looked to have enough in the tank to win.

The Carlow champions did get it back to three points with eight minutes left but they failed to score again as Coolderry got the last three points without reply. Goalkeeper Stephen Corcoran, who scored five super long-range frees, also saved an injury-time Kevin McDonald penalty.