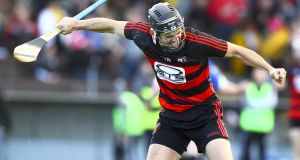 Ballygunner will meet Ballyea in the Munster semi-finals.

Coalisland’s transformed season led them to avenge the 2016 county final replay defeat by Killyclogher but also to a daunting provincial draw against Cross, yet again revitalised and a potent blend of experience and youth and anxious to re-assert themselves after a three-year famine in Ulster.

Clann showed great quality in seeing off former All-Ireland winners St Brigid’s and will have too for TCG.

Ballintubber ground out a county final win over luckless Breaffy and in a match likely to be set up defensively on both sides, the O’Connors and Alan Dillon give the Mayo champions an advantage.

Adare are after a first appearance in a provincial final by a Limerick club in 10 years but up against the seasoned Waterford champions who reached the final two years ago and will fancy their chances here.

Moyle are back in the big time after nine years, trailing an unbeaten record but that will hardly survive this collision with the resurgent Crokes, unexpectedly comfortable winners against Dingle last week.

With Odhrán Mac Niallais is great form, Gweedore could stake a claim for a title that’s always eluding Donegal teams. Cargin managed just five points in their Antrim final win and whereas that suggests tight defence, a bit more is going to be needed on this occasion.

A barnstorming comeback propelled Castlerahan to their first county title and if they have recovered, they can push Coleraine in this but in all reality, the Derry champions are likely to be too strong.

Burren derailed Kilcoo’s long-running dominance in Down but this is an even stiffer challenge, as Scotstown - presumably buoyant after Rory Beggan’s All Star - have already put one notch on their belt with a convincing win over Derrygonnelly in the provincial preliminary round.

Tight margins last week with a late, late point from Michael Lundy required to keep the All-Ireland champions afloat. Corofin looked weary - and well they might after two All-Irelands in the past four seasons - and will need to raise their game. Mountbellew’s defensive tactics frustrated the champions effectively and will presumably be applied again but Corofin can find a way out this time.

Two former champions meet with Joachim Kelly’s Coolderry in good shape after dethroning champions Kilcormac in the Offaly final. They’re still dependent on Brian Carroll to shoot scores up front but can thwart any notion of reviving the Carlow rising hashtag at the end of the a great year for the county.

Naomh Éanna’s first county title has had time to settle and with Cathal Dunbar in great form since his arrival and Conor McDonald also firing, the Wexford champions should be capable of progressing past a Camross side tainted by the violence of the Laois final.

Ballyboden St Enda’s (Dublin) v Clonkill (Westmeath) - Postponed due to a bereavement in Clonkill. Game will now take place on Tuesday, November 6th at Parnell Park, with an 8pm throw-in.

Na Piarsaigh put on the afterburners in last week’s Limerick final to leave Doon in their wake but it was built on the quality of the attack with Shane Dowling, Peter Casey and the Dempseys to the fore. Defence was a bit more fitful. Clonoulty, driven by Timmy Hammersley, finished strongly in the Tipp final but lack the overall strength of opponents still undefeated in the province after four campaigns.

Contrasting progress to this stage: Ballyea recovered a seven-point deficit in the second half of the Clare final and have the familiar assets of Tony Kelly’s virtuosity and Niall Deasy’s dead-ball dependability whereas Ballygunner really struggled to put away a Midleton side that had been well beaten in Cork. Venue advantage, however, and the value of a competitive run-out has probably brought on the Gunners to the point where their deeper playing resources will count. Saturday