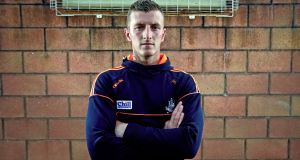 Pat Horgan: In the years since making his debut since 2008, he has been a constant leader in in red for Cork through days good and bad. Photograph: Ryan Byrene/Inpho

On Friday evening, the Glen Rovers club held a mass to celebrate the unquenchable light of Christy Ring’s hurling life.

The Cloyne man died suddenly 40 years ago today, March 2nd, stilling Cork city with the unexpectedness of a death rendered unbelievable because of the man’s on-field vitality over a hurling life that spanned three decades.

It is therefore fitting that when Cork take the field against Tipperary on Sunday, another Glen Rovers forward, Patrick Horgan, will set about maintaining his quietly sensational levels of play. In the Munster final two years ago, Horgan’s 0-13 saw him eclipse Ring as Cork’s all-time leading scorer in championship history (with 12-268 to Ring’s 33-205).

It was typical of Horgan’s understated presence that he achieved such a significant moment on a day when the attention was deflected elsewhere; Cork were on fire that summer.

In the years since making his debut since 2008, Horgan has been a constant figure in red through days good and thin. He has carried his All-Star summer season into this year’s national league, firing 1-40 from play and frees, out of Cork’s total of 3-75, in games against Kilkenny, Wexford, Clare and Limerick. Sixteen points against Clare (15 frees) and 1-9 against the All-Ireland champions at the Gaelic Grounds were exceptional returns.

A surface glance could lead to the conclusion that Cork are leaning too heavily on their number 15, but to those who have been watching him year in and year out, it’s just more of Horgan being Horgan.

“I think he did so well last year and started this year very, very well,” says Richie Kelleher, his coach at Glen Rovers.

“And I just think he is starting to get the recognition that he probably should have got years ago. It is only when he is gone that the Cork public will fully realise what they have had.”

That observation echoes the argument made by former Cloyne and Cork fullback Diarmuid O’Sullivan two summers ago, when the scoring pyrotechnics of TJ Reid and Joe Canning were catching the eye nationally.

“How Patrick Horgan cannot warrant or even come into that discussion is frightening,” O’Sullivan said then. “He has carried Cork for years. I cannot speak highly enough of him.”

Kelleher’s last year playing for the Glen coincided with Horgan’s first. It was 2006. Rovers had tradition to lean on then, but not much else, and were knocked out of the county championship by Bride Rovers, who had torn through the ranks of junior and intermediate and showed scant fear of Glen Rover’s legacy of 25 championship titles.

“And they beat us,” Kelleher says. “So that was my last game and Patrick’s first. And he ended up taking the frees. The game was going against us and I think he missed a penalty the same day. But that game was the making of him. The following year he was a Cork minor and he just took off. I think in championship hurling, he is up around 22-500 in total scores for Glen Rovers. He plays it all down but we are looking at an iconic Glen hurler in Pat Horgan.”

Kelleher was just five-years-old when Christy Ring died. He was among the generation of Cork kids whose parents had come to associate the man and name with abundant success and enduring brilliance. Kelleher played on Glen underage teams, sharing with his teammates an intrinsic sense of honour that they were wearing the same jersey as this figurehead.

“That’s what we were reared on. It was never used in matches as motivation or anything like that but you were just aware that one of the best players to ever play the game was from here.

“Being on the north side of Cork city, we think we are that bit tougher and that you have to fight for everything. We have fellas for whom life can be hard and the sport is a break from that. And they bring that mentality to the pitch. There is a way to carry yourself.

“Christy Ring is a legend not only in Cork but wherever hurling is spoken of. His family is still involved with the club – his daughter would have won All-Ireland club medals with Glen Rovers. So the awareness is there all the time.”

After he finished playing. Kelleher ended up spearheading Glen Rovers’s revival, guiding the team to back to back senior county titles in 2015/16 and re-establishing them as a force on the Cork hurling scene.

Horgan’s influence has been central to that. He was the sharpshooter on a terrific underage team that won the 2002 Féile All-Ireland and never looked back: under-16, minor and under-21 Cork titles followed. Horgan’s house is within a stone’s throw of the club pitches and the club pitches became his second home.

By the time the Glen had put together a team capable of challenging for senior honours, he was an established intercounty star. He hit 0-9 in that 2016 final victory and 0-12 when they defended their title against Erin’s Own.

With 10 minutes remaining in that match, the Glen trailed by two clear scores when Horgan stepped up with five points to reverse the momentum, including a memorable score close to the sideline, off his left, to edge his team back into the lead and on to a 0-19 to 2-11 win. For a club that seemed to be locked within an illustrious past, those two championships have been vital.

“Yeah, look, Patrick has been gold for the club,” Kelleher says.

“Of course, he has bad days too and bad performances. We played a Munster club final against Ballyea that year and, by his standards, he was poor and he knew that. He was double-marked for the whole match and they didn’t give him an inch. That was great play by Ballyea. But we accept that and Patrick accepts that and he goes out and he does his best every single day. He is always working on it. Hurling comes first in his work and personal life . . . he is just so focused on it and driven.”

Glen Rovers’s Seánie McGrath was the emblematic Cork hurling star for Horgan when he was growing up. The teams of Ring’s era, framed on the club house wall, were potent reminders of what hadn’t been achieved by his generation.

“It’s grand having that, but we need to back it up with our own trophies,” Horgan said in 2015 after the club had lost a senior county final to Sarsfields.

“It’s grand seeing lads with 13 county medals [Ring’s total haul] when we don’t have one. We have to put our own stamp on it as well.”

Since then, he has won two county titles, two Munster championships with Cork, back-to-back All-Star awards over the past two seasons, and quietly eased himself into the front of Cork’s all-time parade of sharp-shooters. He is 30- years-old, has done all this with virtually no noise, and will this summer lead Cork’s charge to preserve its record of having won at least one senior All-Ireland title in every GAA decade since their first in 1890.

Christy Ring’s widow Mary died just last week, almost 40 years after the county stopped to grieve with her. This weekend, as his spirit is remembered, Cork will face Tipp with a Glen Rovers man hurling out of his skin.

“That is the standard he is at. He has another fair few years with the county- and I hope he is still playing at 40 for Glen Rovers.”