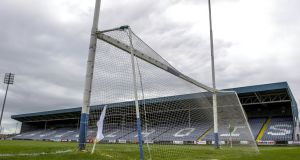 Camross were crowned the Laois senior hurling champions for the 25th time following a thrilling win over Clough-Ballacolla in O’Moore Park on Sunday afternoon.

A late goal from substitute Mark Dowling was the crucial score but his team were still made to endure a nervous finish - after Willie Dunphy crashed home a brilliant goal for Clough-Ballacolla in injury time.

Camross survived that scare, however, and held on for the victory. In a highly entertaining encounter, Camross got off to a dream start with two goals in the opening 10 minutes - the first after five minutes when Dwane Palmer set up Niall Holmes; the second moments later when their roles were reversed.

But Clough-Ballacolla responded by scoring the next five points, four of them from the outstanding Willie Hyland who scored 15 points in total and was desperately unfortunate to end up on the losing side.

At half-time Camross led 2-7 to 0-9, but Ballacolla fought on after the break and took the lead in the 51st minute, when Hyland was on target again. Dean Delaney levelled things up with a point from play and then Zane Keean put Camross back into the lead with a sideline cut.

Dowling’s goal put daylight between the sides and although Dunphy gave Ballacolla a glimmer of hope, Camross held on.

Gary Neville in Qatar an exercise in semi-journalism 01:03
Investment in our Olympic hopefuls may be costly – but it’s worth it 01:00
Leopardstown to continue watering and ensure ground is ‘fit for purpose’ 01:00
Mayo GAA county executive and fundraising body make peace 23:35
Jürgen Klopp insists Liverpool title party is not on his mind 22:30
Crossword Get access to over 6,000 interactive crosswords