Kerry, Donegal and Dublin all strong favourites to capture silverware 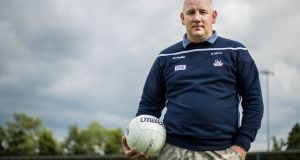 In one of the more significant results of the summer to date, Cork reasserted their claim as Kerry’s most plausible rivals and get to stage a first Munster final in four years in their new venue.

They have a more organised structure under Ronan McCarthy as well as athleticism and good footballers. Kerry blitzed Clare in the semi-finals by maintaining constant pressure on the kick-outs even though they weren’t doing that well in direct centrefield contests.

Cork’s pairing of Aidan Walsh and Ian Maguire won’t be lacking there either; their best moves last year came from punching through the middle. But if they’re going to set up defensively, as will inevitably be the case against a team that shot 32 points (and only eight wides) the last day, this will be a hard match to win – as opposed to not losing too heavily.

There has been a hint of crisis about Ulster football since Tyrone’s destruction at the hands of Dublin but Donegal have done most to alleviate it with a more attack-oriented game, under Declan Bonner, resulting in high scores and good displays, incorporating young talent and experience.

Fermanagh arrive as the antithesis of that, an unashamed defensive game plan, which hopes to filch scores on the turnover, as spectacularly happened against Monaghan. Rory Gallagher knows enough to make it difficult for Donegal but the latter are comfortable ball carriers and expert hoarders of possession – with 14 men they monopolised the ball against Down.

It’s fair to acknowledge that Donegal haven’t blazed a five-star trail with neither Down nor Derry up to much but they have the firepower and craft to post a score that Fermanagh will struggle to get near.

Laois must be weary with all of the talk of ‘bonus territory’ but how else to describe a season that started in Division Four and has already encompassed promotion and a first Leinster final in 11 years?

Fortune hasn’t smiled on captain, Stephen Attride, who was one of those who carried the fight to Dublin two years ago but misses this due to injury. Their obstacles to date have been pitched no higher than mid-table Division Three so this is, putting it mildly, a step up.

But manager John Sugrue’s attention to detail has been impressive and they will come with a plan. If Laois make it unexpectedly competitive, though, the champions will maintain rhythm and tempo until the dam breaks.

Tomorrow’s long-term significance may well have more to do with whether Stephen Cluxton misses a championship match for the first time in 14 years.