Under-21 previews: Dublin and Kerry should take provincial glory 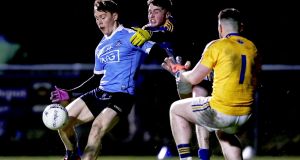 Kerry look to end their nine year wait for a Munster Under-21 title against Cork on Wednesday night at Páirc Uí Rinn.

After winning the last four Munster minor titles, and the last three All-Ireland titles at the same grade, Jack O’Connor’s team are seeking revenge after being edged by a point in last year’s final against the Rebels.

Eight of the team that started that game remain in this year’s starting fifteen. They welcome back a fit again Brian Ó Beaglaoich, a member of the Kerry senior panel last year, and Gavin White who returns to the panel after his All-Ireland club success with Dr Crokes.

O’Connor is aiming to win a third Under-21 Munster (and All-Ireland) title as manager - bridging an 18 year gap since the most recent of those successes.

Cork may be struggling in the senior ranks, but they are experts at this grade; in pursuit of an 11th provincial title in 14 years.

Their 2-10 to 0-10 semi-final win over Limerick was far from impressive however, trailing at the interval they were relieved that the Treaty county missed a penalty, allowing them a far more comfortable second period.

Michael Hurley came on to score 1-3 and he is the danger man inside. While John Mullins, Gary Murphy, and Sean Powter have all featured in the Allianz League already this year.

Kerry meanwhile had 14 points to spare against Waterford in their semi-final, and they should pip a tight encounter.

Also on Wednesday night, Dublin look to continue their dominance of Leinster football with a record fourth Under-21 provincial title in a row, against Offaly in Portlaoise.

This is the first time the counties will have met in a decider at this grade. Offaly are a hard working outfit who have had to come through tight encounters against Wexford and Laois to reach the final.

Ruairi McNamee from Rhode captains the team at full forward, a cousin of Niall, with Jordan Hayes influential around the middle of the park. With the county’s senior team sitting at the bottom of Division Three, a competitive performance would certainly lift spirits.

The main man for Dublin is Cuala’s Con O’Callaghan, the dual player scored 2-5 in the semi-final win over Longford.

Dessie Farrell’s team have scored 4-24 in total in their wins over Westmeath and Longford, and they should have far too much firepower in a contest streamed live on TG4.ie (along with the Munster decider).

In Ulster, Cavan and Donegal meet in one semi-final at Brewster Park, while Armagh face Derry in the other at Healy Park.

Donegal have won only one Ulster Under-21 since 1995, but they impressed with their dismissal of Tyrone (after a replay) in the last eight. Senior midfielder Jason McGee played no part due to a shoulder injury, and he’ll have to pass a late fitness test if he hopes to feature this time, after missing the last four weeks for both the Under-21s and seniors.

With the likes of McGee, Michael Langan, Eoghan Ban Gallagher, Kieran Gillespie, Cian Mulligan, Michael Carroll, Stephen McBrearty, and Jamie Brennan all impressing for the senior team during the league, it’s no surprise that Donegal are favourites for the Ulster title.

Cavan remain untested after easing past Fermanagh in the quarter-finals, Caoimhin O’Reilly is a real livewire for them inside.

Derry have already knocked out holders Monaghan, but they’ll have to pay special attention to Shea Loye who scored 2-7 as Armagh saw off Down.