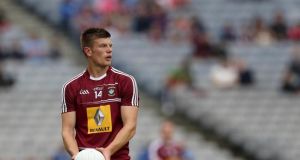 It was a stroll in the park for Westmeath as they cruised to a comfortable 24-point victory over an experimental Wexford side in their Division 4 Allianz League fixture at Innovate Wexford Park on Sunday.

In what was a dress rehearsal for the Division 4 final, Wexford were put to the sword by Westmeath during the opening thirty-five minutes as the wind assisted midlanders took total control of the game, scoring at will through the second quarter. Little separated the sides through the opening ten minutes at the end of which Westmeath led 0-3 to 0-2, but by the 18th minute the visitors had stretched into a 0-8 to 0-2 lead with John Heslin, Kieran Martin and Paul Sherry all on target.

Dominant in midfield where Alan Stone and Ger Egan were controlling possession, Westmeath really put the game beyond the reach of the homeside after 25 minutes when Jake Firman brought down Noel Mulligan as he bore down on goal. Ger Egan neatly tucked the resultant penalty into the bottom left hand corner of the net.

Firman received a black card for his efforts, and the Wexford struggle was to continue for the remainder of the half as Westmeath went on to add a further seven points, with the solitary Wexford response coming via a Ryan Nolan point in the 32nd minute, leaving the visitors with a handsome 1-18 to 0-4 interval lead.

The second half was to follow the same pattern with Westmeath’s dominance continuing as they simply strolled through proceedings adding further goals - John Heslin scoring 30 seconds after the restart and then Alan Stone to convincingly see off a demoralised Wexford outfit who could only managed five second half points.

In a game of contrasting halves,the suspicion is neither side wished to show their hand ahead of their crucial Championship meeting with Leitrim winning the dress rehearsal in less than impressive style.

The home side dominated the first half with goals by James Rooney, a penalty conversion by Emlyn Mulligan and a succession of excellent points against a lacklustre London, who looked well out of it at half time as Leitrim led 2-11 to 0-5.

However the introduction of Mark McGirr, Phillip Butler, Kieran Hughes and Cathal Óg Greene for the second half revitalised the London attack and although the result was never in doubt they mounted a strong second half performance as Leitrim did just enough to stay ahead.

Carlow turned a three point deficit at half time into an eleven point win with an exceptional display of point taking in the second half.

Wicklow deservedly went in at half time leading by seven points to four as they took their chances with the wind while Carlow kicked six wides.

Carlow scored seven points without reply to open the second half though and Shane O’Neill’s goal in the 61st minute killed off the game.

Darragh Foley and especially Paul Broderick struck some brilliant points from distance to condemn Wicklow to another poor defeat in Division 4.