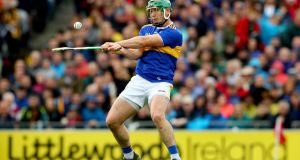 Whatever about killing the radio star, John “Bubbles” O’Dwyer believes the video has no place in hurling.

Speaking ahead of this weekend’s GAA Annual Congress at Croke Park, O’Dwyer essentially ditched all the main motions coming from a hurling standpoint – not just the potential introduction of the black card already used in football.

Among the 63 motions is Limerick’s submission (Motion 2) to allow for team managers or team captains to clarify a referee decision “limited to two failed requests per team per game” – this one inspired by the late 65m-free Limerick failed to be award in their one-point defeat to Kilkenny in the All-Ireland semi-final.

Effectively a step towards some form of Video Assistant Referee (VAR) via the Hawk-Eye score detection system, if successful this motion would amend Rule 1.1, to allow : “that the referee shall, during the course of the game, also have power to consult the Hawk-Eye score detection system and/or match official on his own volition or following a request from either of the two competing managers or team captains to clarify if any of the team of officials erred in making a decision in relation to the validity of a score or the awarding of a free/sideline ball/ wide/ 45 or 65 or a square infringement. This to be limited to two failed requests per team per game. Where a request is deemed successful a team retains its right to make a further request.”

O’Dwyer, who last year won his second All-Ireland hurling title with Tipperary, is not convinced.

“How much do you put it in or how little do you put in? If you use video technology for potential red cards, maybe goal-line decisions, or something like that.

“What are you going to do in training if you don’t have that technology? All these proposals coming out about hurling. Don’t change something that is not broken. If you were to change something, maybe get a second ref in there and give the man a hand.

“In hurling, if you can puck the ball 100 yards and you expect the ref to get from the 21 to the other 21, maybe that is something to look at. But video technology, to be honest, I think it would ruin the game.”

The standing committee on playing rules have also submitted motion (13) to introduce the back card for hurling, similar to football, for the Category II Infractions; again O’Dwyer showed two thumbs down.

“A sin-bin is a no-go, and I think that for football too. Think it is just words being thrown around. If a corner-back is pulling and tearing out of you, what do you expect, what are you going to do? They are not going to let you run through. It is pulling and tearing, it is part of the game. It was there 10 years ago, it was there 50 years ago, and if you don’t have that from the backs who are marking you, it becomes like a game of tennis or a game of basketball.”

Nor is he in favour of the motion calling for a successful sideline puck to be worth two points: “Why change things that are working? It is obviously a big skill and a lot of lads around that are able to do it. Obviously, if I was in a position where we were a point down in a county final or a Munster final or something like that, and I had a chance. I would be confident of doing it and winning it for you. But I don’t think it warrants anything more than the one point.

With Séamus Callanan the only member of the Tipperary panel to boast a league medal, going back to debut season in 2008, O’Dwyer leaves no doubt about the value that honour would mean to this team, who look to make a play-off place when they host unbeaten Waterford at Semple Stadium on Sunday.

“Our Mayo Hospice was delivered on time and under budget. It cost just under €9m and 100 per cent of that came from fundraised money. Roscommon will cost in the region of €6m and again we will build this from fundraised income. Alongside all of this development, we continue to provide community Palliative Care to those in most need in the two counties.”

Jennings also acknowledged the role of the International Supporters Foundation founder and chairperson Tim O’Leary, who the Mayo County Board cut ties with earlier his week due to his controversial posts on social media.