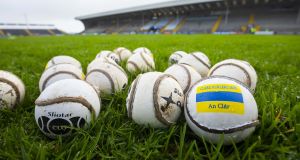 A few days out from Congress, it would be the act of a loon to invest too much time reading the tea-leaves and imagining what the delegates might find in them.

There appears to be a general sense that a hurling black card won’t make it through, particularly since it would be applied to this year’s championship if Motion 13 is carried. But we can’t say that for certain at this remove so we won’t waste much time on the predictions racket.

The conversation around it has, however, been revealing in one specific area. The push for a hurling black card has come about primarily because of one particular foul – the pull-down of a player through on goal. In football, it’s the sort of foul that always brought howls of outrage before the black card came in and more or less eradicated it from the game. Whereas in hurling, it has never been met with much more than a shrug.

To which the obvious question is: why?

Hurling people in general don’t want a black card or a sin-bin – and that’s their prerogative. The vast majority have at least moved beyond the silly old carry-on of stating there’s no cynicism in the game. But when a drag-down happens in a game, it’s never seen as anything out of the ordinary. It is what it is, the game is the game. But how come?

“Possibly it’s because there just hasn’t been that one big stand-out moment when a lad was brought down in a massive game,” says Kilkenny’s Brian Hogan. “But I think in general, it’s because you look around the counties and you can pinpoint the players in every team whose game is hanging and dragging out of lads. The good teams target that player.

“In your analysis before a game, you try to pinpoint that defender and look to isolate him one-on one. He might pull you down once but he won’t get away with doing it twice. And I think that maybe explains a bit of the difference between it being such a major foul in football and not being regarded as such in hurling. There are more opportunities in hurling to pick on that defender, to play the long diagonal ball that’s going to put him in trouble.”

For Jackie Tyrrell, the difference is simple – goal chances are at such a premium in football that to take one away so blatantly couldn’t be allowed to stand. The same isn’t true of hurling, where there are so many more scoring opportunities.

“When a lad gets through one on one in football, it’s a great opportunity for a goal. How many of them happen in a game of football? One a half maybe, on average? So when that player gets dragged down, there’s total outrage because the next chance might not come again for the rest of the game. A goal changes a football match in most instances. You pull a lad down in the same position in hurling and chances are, there’ll be another goalscoring opportunity sometime in the next 10-15 minutes.

“The other thing is, you have to do so much more work to put a lad through on goal in football. Because the ball doesn’t travel as far, because it has to go through so many pairs of hands, those times when a guy gets in behind are so much harder-earned. So it’s understandable that everyone is up in arms when a lad is dragged down – you’re taking away the reward for all that hard work and ingenuity that went into creating the chance.

“Whereas in hurling, one long ball can create a catching situation and just like that, the goal is on. It isn’t as hard-earned so there probably isn’t as much outrage when the defender does what he has to do.”

Tipperary’s James Barry has only just retired and, like the others, doesn’t see the need for the sin-bin. He will concede though that whatever about the drag-down, the creeping use of the hurley to ankle tap a player in the clear needs to go.

“The ankle tap with the hurley is different,” Barry says.

“To me, that’s striking with the hurley and it’s a red card. I don’t think that should be included in this sort of foul. I know the result is the same – you’re basically tripping a fella to stop him getting in on goal but I think once you’re flicking him with your hurley to do it, that should be a red card.”

What The Hurling Men Say

Football had become tough to watch. Like any sports fan, I love to sit down and watch a good football game but it had got itself into a rut with the level of cynicism and that was why they moved to bring in the black card. Hurling isn’t in that place – I don’t think anybody would argue it is.

There are real issues to sort out – fixtures, elitism, the power of inter-county managers. I just don’t think dragging a player down is high up on anyone’s list of problems in the sport. A defender who does that is seen as a weakness you can expose, rather than a blight on the game.

I think we should be open about it, I think we should talk about it and be reasonable about it. I’ve heard talk of a two-point free, of an automatic penalty and other suggestions. I’d be open to them all to see if any of them would work.

It’s not as if there’s no cynicism in the game. I was cynical myself. You see it in every match. If we could get it out of the game, I’d be for a sensible method of doing that. But I genuinely think that taking a player out of the game for 10 minutes is too big a punishment. It would fundamentally change the game. It would make defenders stand off their men to a far greater extent.

It think it happens more so in the league than in the championship because the game is slower in the winter. In summer, that sort of foul is rarely seen because it’s gone too quick. I played in the full-back line and we’d have been the most cynical line on the field but the honest truth is that you hadn’t time to do it in championship because the ball comes in too quick, the forwards are too quick and the ground is too fast. It’s very rare that you’d get the chance to pull someone down fully. Once they’re away, they’re away. So it’s a small part of the game to be making a rule against.

Man United’s latest Parisian party more impressive than heist of 2019 09:45
Lions to play Japan on home soil before tour to South Africa 09:26
Tiger Woods in the groove as he plots a path to Augusta 09:22
Underage and minor GAA could be stopped under Level 5 Covid-19 restrictions 08:53
Ole Gunnar Solskjaer hails players after win over PSG 07:57
Crossword Get access to over 6,000 interactive crosswords