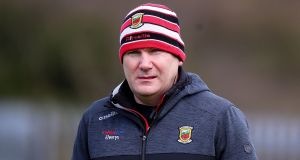 Mayo GAA have broken off all contact with Tim O’Leary, the financier who founded the Mayo GAA International Supporters Foundation. A statement by the county executive, released late on Monday night, was in response to comments made by O’Leary on social media, calling for the departure of county football manager James Horan.

After Sunday’s big defeat by Monaghan, O’Leary tweeted #Horanout and although he took it down and issued an apology: “Sorry for my outburst yesterday - had a few too many pints - lesson learned - I am going to keep my mouth shut going forward,” Mayo officers have clearly lost patience with their controversial benefactor.

“The Mayo GAA Executive can this evening confirm,” ran the statement, “that we have ceased all dialogue with Mr Tim O’Leary. Although relations were strained for a number of months, a way forward was agreed in January and it was hoped that both parties would be able to work together for the betterment of Mayo GAA, this however is now not the case.

“The club delegates of Mayo GAA have mandated agreed behaviours based on mutual respect, the exclusion of animosity and the inappropriate use of communication channels such as social media.

“Mayo GAA will not engage with stakeholders whose behaviours deviate from what has been mandated by our clubs and in light of recent social media comments made by Mr O’ Leary engagement has now ceased.

“Mayo GAA will be making no further public comment on this matter.”

O’Leary and last year’s county board had been engaged in a long-running dispute over governance and the hand-over of about €250,000 in funds that had been withheld by the MGISF.

Eventually after last year’s county convention and the election of Liam Moffatt as chair of the county board, a resolution of the impasse was announced just a month ago, with both parties apologising for some of their conduct during the dispute.