Experience tells as Dr Crokes pull away from Mullinalaghta 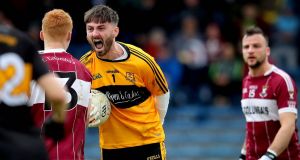 A typically prolific attacking display by Dr Crokes brought the Mullinalaghta dream to an end at Semple Stadium and put the Kerry champions into another All-Ireland club final on St Patrick’s Day.

Tony Brosnan with six points and Kieran O’Leary with four led the way for Crokes while Gavin White put in a roving display from centre-back and was named man of the match.

But Mullinalaghta made it more difficult for Dr Crokes than most other opponents this season having started well, registering their first goal when Gary Rogers calmly dispatched a penalty after Dónal McElligott was taken down.

The Kerry champions hit their stride shortly afterwards, Tony Brosnan settling the nerves with some nicely taken scores, but were hit by a double blow as the match moved into its second quarter.

Jayson Matthews fisted the ball to the net after an initial James McGivney effort was well blocked by Shane Murphy. Then, from the kickout, Dr Crokes were cut to 14 men when Johnny Buckley was red-carded for an illegal challenge.

But Crokes hit five-in-a-row in the subsequent minutes to move into the lead, Brosnan the conductor of that attacking orchestra which has been racking up big scores in most games this season, and at half-time it was 0-11 to 2-3 in favour of the 2017 winners.

They got five more in a row after the break and looked to be cruising to Croke Park on March 17th, but the Longford side stuck at it and three points towards the end of the third quarter brought them back to within four as they made the extra man count.