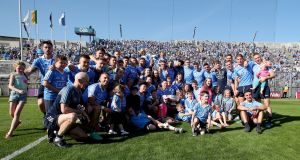 Donegal are to “seek clarification” on how Dublin can treat Croke Park as both a neutral and a home venue ahead of the upcoming Super 8 series of All-Ireland football quarter-finals.

Donegal are set to play Dublin at Croke Park in the opening series of games, the CCCC fixing the clash of Leinster and Ulster champions for Saturday, July 14th with a 7.0pm throw-in.

All four opening fixtures in the Super 8s will be played at Croke Park, with Kerry’s game against Galway going head-to-head with the World Cup final on Sunday, with a 4pm throw-in.

The other two games will involve the winners of next weekend’s Round 4 qualifiers playing against each other, with a game taking place before the Saturday and Sunday fixtures involving the provincial champions.

Donegal released a brief statement late on Monday night which looks to question why Dublin will play twice at Croke Park in their three Super 8 games.

The statement read: “ Following the announcement today by the CCCC regarding venues for the All-Ireland Quarter-Final Group stage (Super 8’s) games.

“C.L.G. Dhún na nGall are to seek a meeting with GAA Officials to seek clarification on how any County may use a Ground as both Neutral and a Home venue.

“The intention of the meeting is to ensure a level playing field for every team who will qualify for the All-Ireland Quarter-Final Group Stage and ensure that no team has any advantage over any other team.”

Ireland boss Stephen Kenny: ‘I’ll do things my own way. Put it that way’ 06:00
Mickey Graham calls for some clarity from GAA on championship plans 06:00
Whole new ball game: Hats, scarves, facemasks - An Ulster final like no other 06:00
Damian Browne: To the ends of the Earth in search of the ‘savage warrior spirit’ 06:00
My favourite sporting moment: When Ireland rocked Kingston and rolled Pakistan 06:00
Crossword Get access to over 6,000 interactive crosswords