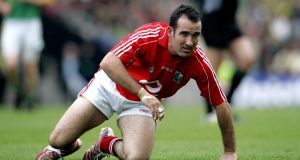 Billy Morgan has paid tribute to the late Cork All-Ireland football winner Kieran O’Connor, who died on Wednesday at the age of 41 after a long illness. Morgan led the county to the Sam Maguire as player and manager and during his second tenure, he called up the speedy defender to the county panel

“The first thing I’d say about Kieran is that he was a lovely fella,” he said. “When I went back with Cork in 2004, we decided to give the team that was there every chance but Kerry beat us well and we lost to Fermanagh in Croke Park. After that, we knew what we had wasn’t good enough and said we’d better look at new players.

“Kieran had just come into the squad and actually came on against Fermanagh. He was starring with Aghada at the time and although he didn’t make the team straight away, he broke in after a while. He was a confident fella and wasn’t afraid of marking anybody. A very good trainer and someone it was good to have around and very popular with the other lads.”

As well as his talents as a player, Kieran O’Connor had a very good attitude as a member of the panel, willing to work hard for his shot at selection and with the mental strength not to lose sight of that.

Morgan found him focused and easy to deal with.

“I remember when he came into the panel the two corner backs were Nemo [Rangers, the manager’s own club] men and it would always have been fired at me that I’d favour them. But I sat down with Kieran and talked to him about it and the reason for my preferences.

“He was great – accepted what I was saying and said that he’d no problem. One of the lads lost his place and Kieran came in. It was straightforward. There were never any complaints from him or tantrums. He trained hard and when his chance came, he took it.”

An adaptable defender, his pace meant that he was comfortable farther out the field and he was seen to good effect on the ball. Two examples stand out: he followed Declan O’Sullivan, nominally at centre forward, out in the drawn 2006 Munster final to such good effect that he kicked a point.

The following year in the All-Ireland semi-final against Meath, his ability to counter was again rewarded with a score.

“He was a very tight marker, number one,” summarised Morgan, “and had great pace number two, so it was hard for corner forwards to get away from him. Also very good in possession, he was well able to get up the field in support. He could play.”

“The reaction to this sad news of not only his former team-mates, but also opposition players from his distinguished career says so much about the respect in which he was held.

“I’ve no doubt his impact will ensure that his memory lives on at club and county level and our deepest sympathies go to Kieran’s wife Sinéad, their three children, Isabelle, Ava and James, his parents Pat and Mary, sister Aisling and brothers Patrick and John Paul and to his colleagues with Aghada and Cork for their loss.

1 The Offload: Springbok heavyweights heading for Pro14
2 Ken Early: Handball ‘crisis’ a timely distraction from the grim bigger picture
3 Gerry Thornley: South African sides would be a welcome addition to Pro14
4 Stuart Lancaster and Leinster ready to roll again at the RDS
5 Europen Tour moves on to Scotland as the field remains thin
Real news has value SUBSCRIBE