Cork, Wexford and Kilkenny favourites to register victories at home 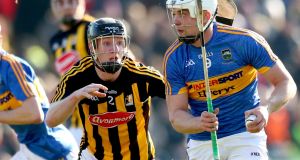 Despite a league chasm of 20 places between the counties, this has been a traditionally tight encounter and only last year, just a point separated them. In the meantime, although both have lost players, Colm Collins’s side, which has a fairly settled front eight, looks to have pulled farther away after a very creditable campaign in Division Two while Limerick struggled. On a positive note last year’s captain Iain Corbett is back from army duty in Lebanon and can play some role.

Tipperary v Waterford, Semple Stadium, Thurles, 7.0 This is a big championship for Tipperary. They have legitimate grievances with the scheduling should they advance here but overall, Liam Kearns’s team need to push on and confirm their status as Kerry’s main challengers. They have a full pick and a lot of firepower in attack – top goal scorers in the entire league – and should be comfortable here against Tom McGlinchey’s side, which has struggled to replace departed players.

Fermanagh v Armagh, Brewster Park, Enniskillen, 7.0 The counties have met twice in the league, including the Division Three final, and there hasn’t been much between them. Fermanagh are well set up by Rory Gallagher at the back and the announced team includes both Quigleys in the full forward line although Tomás Corrigan may come into the reckoning. Departures and injuries have weakened Armagh compared to last year but they can maintain the edge over Fermanagh even if it will again be close.

A premature meeting of the two highest-ranking counties in the province will release further menace into the qualifiers after Mayo’s fall last week. Monaghan had a fine league with Malachy O’Rourke running the rule over some new talent and in the course of which they beat Dublin in Croke Park.

Last year Tyrone were about as emphatic an Ulster-winning side as could be imagined, averaging nine-point wins throughout. Mickey Harte appears to have loosened the restraints a bit this year – even if protesting to the contrary (a message unlikely to be varied after Seán Cavanagh’s broadside in the Irish News) – and a less rigidly structured game may be on the horizon.

There are problems for them, however, in that despite being named in the team Colm Cavanagh is considered a major doubt and another injury concern, Lee Brennan, is also named. Losing those two removes the team’s defensive co-ordinator and most reliable scorer and would weaken the team significantly.

Monaghan have every chance of repeating their league victory even allowing for Tyrone’s championship credentials, especially in Ulster.

What doesn’t kill you makes you stronger and Kilkenny will be the better for the fraught extremes necessary to beat Dublin. Offaly were completely in touch with Galway up until the cusp of half-time but their competitiveness was a welcome follow-on from a good league, which culminated in running Kilkenny very close. Their disdain for defensive systems – as opposed to their spirited orthodox defending – made them vulnerable to goals last week and that’s an issue against Kilkenny.

This is an interesting contest and one which Dublin have been targeting but there are a few layers to it as well. The element of surprise in Pat Gilroy’s team’s charge on Kilkenny is obviously gone, heading down to the south-east but more materially, so too it appears is Conal Keaney, who was immense for them last week when his late injury is felt to have impacted on the result.

It is also impossible to believe that Wexford weren’t holding things back at the tail-end of the league and that David Fitzgerald won’t bring more to the table in the weeks ahead.

Yet there was a lot to admire in Dublin’s athleticism and physicality from Liam Rushe’s bull-in-a-china-shop display at full forward down throughout the team. These are however tools with which Wexford are both familiar and expert, as they are in the use of a sweeper – a tactic that worked well for Dublin last week.

The match and its outcome will tell a good deal about Leinster but on the day Wexford look to be in the driving seat.

Munster SHC round one

The damage done by the demoralising defeat in the league final created all sorts of dilemmas for Tipperary, primarily anxiety over the goalkeeping position and full back slot.

That unhelpful combination of concerns means that Ronan Maher isn’t going anywhere beyond centre back. This in turn leaves centrefield looking weak. More encouragingly, Noel McGrath and Dan McCormack have returned to add ball winning and craft to the half forwards.

There doesn’t appear to be a full 70 minutes in John O’Dwyer and Séamus Callanan, whose return to the team is still a work in progress and so the burden will fall on the league strike force of John McGrath and Jason Forde.

All told it’s not hugely intimidating for a Limerick side at home, on the rise and with the county’s traditional disregard for Tipp’s status. The league semi-final gave an interesting shadow contest, which underlined one substantive fact – Limerick won’t give up as evidenced by their resolute pursuit of unfortunately timed goals by Tipperary. Their accuracy in attack was also an issue, especially pitted against a more slickly economical attack, but if they improve on that, there’s plenty to suggest that their campaign can get off to the best possible start.

Cork have certain things going for them as the campaign opens; the opportunity to stamp their identity on the venue in the first championship match in the new stadium and their status as champions, which should encourage both the team and support. But injuries play a depressive role with new centre back Tim O’Mahony out for a while and doubts over corner forward Alan Cadogan.

Clare could do with the lift of winning this, as since the All-Ireland win of 2013 they have managed just one win over Munster opposition and have lost to all four provincial rivals along the way. They have undoubted quality in the team but deploying them for maximum impact and hanging tough enough to see out big matches has been a recurrent problem. This represents a decent opportunity but will they take it?