Cork and Kilkenny to meet in Kieran O’Connor benefit match 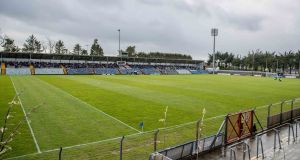 The Cork county board have confirmed details of this Wednesday evening’s Kieran O’Connor Benefit Game between Cork and Kilkenny, old hurling rivals, set for Páirc uí Rinn at 7.30pm.

O’Connor was part of Cork’s All-Ireland winning football squad in 2010, and for the past 18 months has been battling Ewing’s Sarcoma, a rare form of bone cancer, and has already had to have a lower leg amputated.

More than €300,000 raised in less than a fortnight for his treatment, with a successful ‘Walk for Kieran’ taking place in his native Aghada earlier this month.

Tickets for this evening’s game will be available at the venue and are also on sale online www.corkgaa.tickets.ie and at participating Centra/SuperValu stores, with tickets priced at €10 (adults) and €5 (Under 16’s).

The game will be preceded by the County Senior Hurling Championship clash involving UCC and CIT at 5.30pm, and the county board is encouraging patrons to come in early to watch both games. Entertainment will be provided by the Barrack Street Band.

Cork county chairperson Tracey Kennedy has extended the good wishes and support to O’Connor, and also encouraged a strong showing at the benefit game:

“Kieran was a tower of strength on the field for many years, and I know he is dealing with his illness with the same fortitude and determination,” said Kennedy. “It can’t be an easy time for his family, but Kieran is lucky to have the love and support of Sinéad, the children and his extended family too.

“Our thoughts are with them all at this difficult time, and it has been wonderful to witness the extent of the support shown for Kieran from far and wide over the past two weeks. We are hoping for a bumper crowd on March 27th to continue that support.”

Donations to the fund can be also be made online at www.gofundme.com/friends-of-kieran