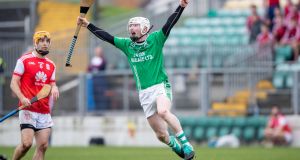 What has been a memorable decade for Carlow GAA, and especially the county’s hurling, continued at the weekend with the victory of county champions St Mullins over Cuala, from Dublin, the All-Ireland champions of two and three seasons ago.

In a nail-biting finale, they pipped the favourites at the post in what was a thoroughly deserved win.

Carlow last year won the new Tier 2 McDonagh Cup and with it promotion to this year’s elite championship as well as advancing to Division 1B where they held their place and will now hurl in next season’s redrawn Division One.

For Tommy Murphy, who has spent decades following the game in Carlow (he retired at the end of last year after 33 years as one of the best-known PROs in the country), the achievements are a tribute to the clubs in the county.

“I think the most memorable thing has been the consistency of the teams. We’ve had great days but I’d single out the contribution of the clubs – all of whom should take a bow. There have been only four senior clubs and their players give it everything in county training – there’s no such thing as ‘I’m a St Mullins player or a Myshall player; they’re all Carlow players.”

The clubs compete so well within the constraints of such a small senior championship because of the quality of the players who have emerged.

Marty Kavanagh has been a star all year for club and county and was in the thick of the performance on Sunday, initiating the move that led to the decisive second goal. “They’re capable of that kind of craft,” according to Murphy.

There was drama on the sideline, with selector Micheál Ryan suffering a heart attack during the match and having to be taken to hospital.

“I know him well,” says Murphy, “and thankfully he’s going to be okay. He was a great centre half forward 20 years ago or so.”

He nominates the McDonagh Cup victory last year as a high point. “It wasn’t just winning it, but they won it in style.”

St Mullins now go on to a Leinster semi-final against Rathdowney-Errill from Laois, another county enjoying a great hurling year, with high hopes of registering another final for Carlow hurling, although their opponents’ demolition of St Rynagh’s from Offaly underlines the challenge.

Meanwhile, it wasn’t all bad news for Dublin’s former All-Ireland champions, as 2016 football winners Ballyboden St Enda’s regained the county title for the first time since that memorable season. Defeating the surprise finalists Thomas Davis, Boden weren’t stretched, but there was great satisfaction in the club at what was the club’s fourth title – and a third in 11 years, just one of St Vincent’s total of four over the same period.

Four players were winning their third medal: Darragh Nelson, Michael Darragh Macauley, Conal Keaney and Declan O’Mahony – who has a particular motivation this year. In 2016 he was suspended for the All-Ireland final victory over Castlebar Mitchels, having gone all the way to the DRA to challenge the punishment.

“I’m not going to say that I wasn’t disappointed,” he said, “but the lads played their heart out in the All-Ireland final. It’s a long road back there but it’s one I want to get back to.”

O’Mahony, now 35, played for Dublin but his senior career was disrupted by injury after he had helped to make history as part of the first team from the county to win the All-Ireland under-21 championship in 2003.

He’s now focusing on a provincial championship, which starts immediately with a quarter-final against Louth champions Newtown Blues in Drogheda. O’Mahony believes that the experience of four years ago will be valuable.

“I think there were 11 out of the starting 15 that were there before in 2015. We’ll enjoy the win and try to regroup. Leinster’s a tough road and in 2015 we nearly got caught by the Louth champions up there, so we’ll take every game as it comes and treat the Louth champions with respect.”