Are new rules a thinly veiled attempt to take down Dublin? 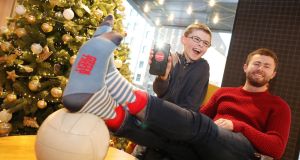 Of all the commentary regarding Gaelic football’s experimental playing rules, one particular line of attack on the GAA piqued Jack McCaffrey’s interest.

It was the suggestion – made by enough social media users to be considered a conspiracy theory – that the suite of new rules are effectively a Trojan horse introduced to halt Dublin’s dominance.

Theorists noted that the initial attempt to force goalkeepers to punt all kick-outs beyond the 45-metre line would have immediately ruined Stephen Cluxton’s finely tuned short kick-out strategy, while they raised eyebrows at the fact that data from Championship games between 2011 and 2018 – the exact period of Dublin’s dominance – was used when drawing up the new rule regarding hand-passing.

“I would be a firm believer that nobody in the GAA is sitting in a room, plotting at changing the rules of the game at every level in an effort to beat Dublin,” said All-Star Dublin defender McCaffrey, who added the cheeky rider that it’s probably their inter-county opponents, not the GAA’s rule-makers, who are most driven to take down Dublin right now.

I think refs should get as much help as they can. We have some really excellent referees

There is a deadly serious side to the experimentation, of course, and particularly from Dublin’s perspective as they gear up for their shot at history in 2019 and the five-in-a-row.

For all of Jim Gavin’s forensic attention to detail, even the Dublin manager can’t be sure how his team will respond to playing under one set of rules throughout spring before reverting to the status quo for arguably their most important summer ever.

“To be honest, I am looking forward to having a conversation with a referee about the rules because I have seen the bullet points and what they are, but I am still shady on a couple of things, like with the mark: can you take a mark and then kick for another mark?” said McCaffrey.

Look, I don’t think anybody particularly loves seeing the ball being hand-passed around time and time again

“There are a couple of things that I will have to figure out. I think refs should get as much help as they can. We have some really excellent referees. I was up at the Portlaoise-Kilmacud Crokes game the other day and David Coldrick reffed it brilliantly, it was like a hurling game, he just let it flow, kept his whistle in his back pocket for long periods and it made for a really good watch. I am sure referees will need help getting their heads around it initially, as we all will.”

Dublin had become masters of closing out games with endless hand-passing sequences, though, that won’t be possible during the period of the trial when only three consecutive passes will be permitted.

“Look, I don’t think anybody particularly loves seeing the ball being hand-passed around time and time again,” said McCaffrey. “But at the same time, it doesn’t exactly make for negative football. If you play a couple of one-twos up the pitch at a hundred miles an hour, or scored a goal like the one Corofin got, that can be very positive. But if they want to draw a line somewhere, then they have to do that and they’ve drawn it at three. You would wonder if that will affect the team that is playing into the packed defence or the team that is playing with the packed defence.”

Jack McCaffrey and TK Maxx have teamed up again to raise funds for Enable Ireland. Get involved by sharing your own #socksie on Facebook, Twitter or Instagram