Proposed rule changes to be trialled in pre-season 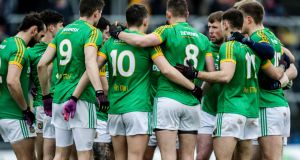 All four of the provincial pre-season competitions will now act as a sort of trial-run for the proposed football rule changes – beginning with the O’Byrne Cup on Saturday week, December 8th.

Despite some reservations and scepticism about the wholesale introduction of the proposals – including from the Gaelic Players Association (GPA), who have aired their concerns to the GAA – all five essentially go into operation with immediate effect, as approved by Central Council over the weekend.

The only proposed rule not to be accepted in its original terms was the requirement that kick-outs have to travel as far as the 45-metre line, although an enabling proposal that all kicks be taken from the 20-metre line was passed. The margin of support was roughly 60 per cent of Central Council.

However it was also agreed that because the pre-season competitions are beginning earlier this year, this also affords the GAA the chance to make further modifications, if deemed urgent or necessary, by the time Central Council meets again in January, ahead of the proposed changes being trialled throughout the 2019 Allianz Football League.

“It was agreed the proposed rules would also be trialled in the all pre-season competitions, as well as the league,” said Feargal McGill, the GAA’s director of games administration.

“Both Munster [McGrath Cup] and Connacht [FBD League] don’t start until the New Year, so we’ve a bit of time with a referees and match officials on those, but obviously Leinster [O’Byrne Cup] and Ulster [Dr McKenna Cup] are starting in December, so that will be starting straight away.”

Dublin have been given a bye straight into the semi-finals on 15th, the anomaly there being they’re still under the collective training ban until December 9th, as All-Ireland finalists, and therefore wouldn’t have been permitted to train ahead of their opening game.

Despite the suggestion the sin-bin and the restriction on lineballs would not change the mechanics of the game, and the revised kick-out rule will not now tax match officials to the extent originally envisaged, the GPA has come out against three of the five proposed changes – the hand pass, the side-line kick, and the kick-out zoning (now modified) – while marginally favouring the sin bin and extended mark.

Resistance to their introduction in the league remains. GPA chief executive Paul Flynn said: “For many squads promotion from the National Football League is their main objective for the season. Implementing all of these significant rule changes at this stage, they fear, would disrupt their detailed game plans which have already been developed over the past couple of seasons and it could cost them a promotion.

“Players are also of the view that consideration should be given to the introduction of an additional referee to help apply any new rules. The GAA must be fair and reasonable in how it decides to move on the proposed rule changes. Players, fans and officials deserve nothing less.”