Abbey Theatre to collaborate with GAA on Bloody Sunday productions 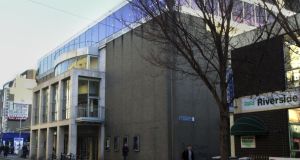 The Abbey Theatre is to mark the 100-year anniversary of Bloody Sunday with 14 productions representing the 14 civilians who were killed. Photograph: Cyril Byrne

The Abbey Theatre in collaboration with the GAA is to mark the 100th anniversary of Bloody Sunday next November with a series of productions to be staged on the eve of the centenary of the atrocity that cost the lives of 14 civilians.

Those lost lives will be the focus of 14 different works, currently being commissioned from directors, writers and actors.

‘Fourteen Voices from the Bloodied Field’ takes its name from the definitive history of the event, written by Sunday Times journalist Michael Foley, who is a consultant on the project, and will consist of 14 different plays, lasting 14 minutes each.

Abbey directors Graham McLaren and Neil Murray explained the motivation behind the project.

“Our job as Ireland’s national theatre is to reflect Ireland back to itself – both its past and its present. As we approach the 100-year anniversary, it is a huge honour for the Abbey to partner with the GAA to mark and commemorate this tragic, momentous day in Ireland’s history

“It is also important for us that audiences nationwide can experience this project, connecting communities across Ireland through art and performance.”

The intention is to stage the 14 plays in appropriate venues, such as GAA clubs connected to the victims on the evening of November 20th.

The next day Croke Park is scheduled to stage the Covid-delayed Leinster football final as well as a commemorative match to mark the centenary of the Dublin-Tipperary football challenge match during which the police and military massacre took place.

“We are really happy that the Abbey has been so sympathetic to the approach we have taken to the centenary,” according to Cian Murphy of the GAA’s communication office, who has been closely involved with the commemorations.

“From day one this has been about recognising the 14. Five years ago we started the Graves Project by erecting a new headstone for Jane Boyle. She was one of several who were in unmarked graves.

“Michael Foley’s book was a huge catalyst in reawakening interest in the Bloody Sunday story and we are delighted to be involved in a project with the Abbey that will tell the story of 13 people who had been forgotten, and even in the case of Michael Hogan, to show that he was much more than simply the only footballer to have died on that day.”

Further details of the productions will be finalised in the coming six weeks.