Undue leniency still shown to men who are violent towards women

Women’s victim impact statements must be taken seriously by courts 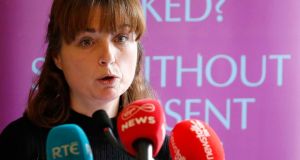 Lavinia Kerwick: persuaded then minister for justice Pádraig Flynn to introduce victim impact statements to the courts so that judges could reflect on the harm caused by offences. Photograph: Rollingnews.ie

Thirty years ago, brave, brilliant Lavinia Kerwick persuaded then minister for justice Pádraig Flynn to introduce victim impact statements to the courts so that judges could reflect on the harm caused by offences when passing sentence. Kerwick had been raped in 1991 but the rapist’s sentence had been adjourned “to give him a chance as a human being”.

The 1993 law also allowed judges to order offenders to pay compensation to their victims and it enabled the DPP to appeal sentences deemed unduly lenient. Flynn pledged to do his utmost to bring an end to the cycle of male violence against women.

There have been many shocking cases since, many moments when it seemed that there was another dawning awareness within the criminal justice system of the extent and gravity of such violence in Irish society.

It is outrageous that in 2021 violent men are still walking free, some with suspended sentences, some with no criminal record

However, recent cases suggest that there is still a terrible lack of weight given to the harrowing evidence of lasting harm laid out in the statements presented by its victims.

Last month in Donegal a report was provided by a young woman whose face was so seriously injured that she did not recognise herself when she looked in a mirror.

She had flashbacks and nightmares and she felt unsafe. She had to cancel her college exams, and lost her part-time job because of the way she felt about her damaged appearance, and her fear of going out.

“This assault has completely changed my life,” she said. The attack was sudden, and brutal. On a summer night in 2018 she was waiting with her boyfriend on a small town street for her mother to give them a lift home, when Gavin Gallagher came out of a pub. Knocking into her, he said, “you’re a wild-looking c***t”, and when her boyfriend remonstrated with him, Gallagher grabbed the woman by the neck and smashed her face onto the footpath.

In a Letterkenny court, Gallagher addressed the woman from the witness box. He said he was sorry and he had never intended to cause her any harm. His barrister said he had been drunk and had “lost it”, that he now only drinks three bottles of beer a month when out for dinner with his girlfriend.

Judge John Aylmer expressed concern over the psychological effects as well as the physical injuries the victim had suffered. The degree of injury was “appalling” and Gallagher had behaved “like an utter thug.”

The attack merited a three-year prison sentence. However. Gallagher was a hardworking young man with no previous convictions. He was remorseful. He had brought €6,300 to court to offer his victim. (This was the amount her ongoing dental work was likely to cost). And – he came from a good family. The judge suspended the sentence and ordered him to pay a further €,10,000.

In December last, Judge Aylmer gave a suspended sentence to a man who sexually assaulted a teenage girl and a young woman in a bar in 2017. The women both said in their reports that they now rarely went out, that they were afraid when they saw the man, that they have changed the way they dress and that they have suffered a loss of confidence.

Character references for the man said he was a kind and decent person. The judge accepted that a combination of prescription drugs and alcohol had disinhibited and confused him, that he had no previous convictions, had pleaded guilty, and had offered €6,000 to his victims. The judge added that if the women did not want it he could direct where it should go.

Last September, the DPP successfully appealed another case in which Judge Aylmer had given a suspended sentence while ordering a man to enter into a bond of €100, get counselling and be of good behaviour. The man had repeatedly punched a woman in the face and threatened her with knives. It was, she said, a “silent, relentless battering” until she escaped and got help.

The judge accepted it was a “protracted and fairly brutal onslaught”. However he also accepted a range of mitigations including that the man was drunk, had presented himself to gardaí, and seemed remorseful. The Appeal Court, however, found the sentence “unduly lenient” and jailed the offender for 2½ years with one suspended.

There are many, many similar cases going through courts all over this country. Last week in Dublin a man who sexually assaulted two women in a pub was ordered to make a €,100 payment to the Rape Crisis Centre, enabling him to leave court with no criminal record.

Judge Colin Daly acknowledged that the women had given “eloquent” impact statements and that they had been “very severely affected.” However, their attacker had “learned a valuable lesson.”

Noeline Blackwell, chief executive of the Dublin Rape Crisis Centre, said there is no consistency in sentencing, and that “it is almost unbelievable what is taken into account” in some cases.

There is no way of knowing what weight is given to victim impact statements, and what weight is given to character references and other circumstances presented as mitigating. She hoped when the recommendations of the 2019 O’Malley report are implemented, the legal right of victims not to be retraumatised within the criminal justice system would be advanced.

Kerwick said in 1991 that her attacker told her that even if she went to the gardaí, if it came to court, he would walk free. It is outrageous that in 2021 violent men are still walking free, some with suspended sentences, some with no criminal record.

Victim impact statements must be taken seriously. Compensation, which can only be paid by those who can afford it, was never meant to be an exchange for justice. And it is never, never, appropriate to say or accept in defence of someone who smashed a woman’s face off a road that he is from “a good family”.