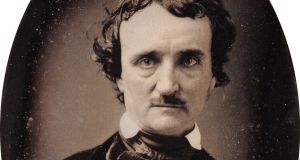 A sharp-eyed Kildare reader writes to suggest that the sub-editor of an Irish Independent GAA story on Monday may have been betraying his or her age. “Athy in Dreamland” began the headline over a report of the county football final.

And rather than being mere poetic hyperbole, suggests my correspondent, this was surely a reference to the Dreamland Ballroom, long closed, which dominated romantic life in that town for many years.

It was one of the earliest branches of the Albert and Jim Reynolds franchise, which started in 1959 with Cloudland in Rooskey, then Roseland in Moate, and would later include a Fairyland (Roscommon), Rockland (Borris-in-Ossory), and Jetland (Limerick). The “Land” League eventually stretched to 14 dancehalls, so must have been running out of prefixes by the time the last one opened, in New Ross. That was Barrowland, which may sound to younger ears like the ultimate pick-up joint but was of course named for the local river.

By a spooky coincidence, today is the anniversary of the death of Edgar Allan Poe, a mysterious event in which politics and a man called “Reynolds” were also implicated. We can rule Albert out of our inquiries in this case, because it happened in 1849. But even today, nobody is sure what Poe died of, or why, in his final delirium, he called out the name “Reynolds” repeatedly.

Alcohol played a big part in his premature end – he was only 40. A range of other health conditions are also suspected.  But the “Reynolds” angle has inspired variously outlandish theories, including one that Poe was trying to reveal the real-life murderer in a case he had fictionalised as The Mystery of Marie Rogêt.

Another theory, more prosaic although rejected by some Poe scholars, is that the Reynolds mentioned was a well-known election agent of the period and that the writer was, in a sense, the victim of 1840s democracy, Baltimore style.

In modern Irish elections, certain parties have been known to appeal to the “coping classes” for votes. In mid-19th century America, “cooping” was a key thing. It involved kidnapping voters, plying them with drink, accompanied sometimes with violence, and then sending them out to vote, repeatedly, with costume changes as necessary. It so happens there was an election in Baltimore on October 4th, 1849. Many believe Poe was “cooped” for voting purposes, before being released back onto the streets, still drunk, his already frail constitution fatally undermined.

Speaking of dangerous elections, Tuesday 6th was Ivy Day, the latest anniversary of Charles Stewart Parnell, whose own early demise was hastened by the bitter campaigns of 1890-91. Sombre at the best of times, this year’s commemoration was more than usually subdued, although thanks to Zoom, there was at least one dramatic contribution – a transatlantic performance of James Joyce’s Ivy Day in the Committee Room, with a curtain-raising address by Ireland’s man in Washington, Dan Mulhall.

Although committee rooms are off-limits for most people these days, Joyce’s story remains in sympathy with our benighted times. It’s a tale of cold politics and warm beer, as post-Parnell party hacks wallow in the political paralysis that followed his death.

To the horror of modern audiences, they open their beer bottles by laying them on the hob of a fire. This adds a downbeat percussion to the closing exchanges as, rather than suggesting celebration, the corks intermittently fly out with, as Joyce puts it, “an apologetic ‘Pok’!” I’m assured that no actual beer bottles were heated during the making of Tuesday’s play. The cork popping was performed by actors.

Getting back to the unidentified “Reynolds” of Poe’s deathbed, the source of that detail was his doctor, a man with an Irish name, John Moran. And it must be said that, despite the vast resources Poe scholars have invested in the mystery, one other theory is that Moran simply misheard or misremembered, substituting “Reynolds” for something that might have made more sense.

The fallibility of his recall becomes more probable when we consider that he gave two different accounts of Poe’s last words. One was “Lord help my poor soul”, which sounds plausible. The other was: “He who arched the heavens and upholds the universe has His decrees legibly written on the frontlet of every human being and upon daemons incarnate.”

I’m reminded that in Samuel Beckett’s Molloy, the French detective sent to an unnamed but Ireland-like country to find the title character is named Jacques Moran.

He was a witness of questionable reliability too.

As the book ends, he begins writing his “report” thus: “It is midnight. The rain is beating on the windows.” But as Beckett adds: “It was not midnight. It was not raining.”