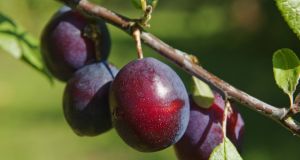 It’s many years since I last tasted damson jam. It may be so long ago, in fact, that I was still calling the fruit “damsel” then. I must have been a teenager before I realised it was not the same word that was also sometimes used to describe young ladies, when they were in distress.

This was one of several memories bought back to me by a letter in the London Times this week in response to a columnist who had written in contemptuous terms of the humble damson, calling it a “smaller, shittier plum”.

On the contrary, came the reply – it was a “delicacy around which numerous dishes have been woven, including damson crumble, damson cheese, magret de canard aux quetsches, tarte aux quetsches, clafoutis aux quetsches, zwetschkenknoedel, zwetschkendatschi, kaiserschmarrn with zwetschkenroester, and (for grown-ups afterwards) slivovitz”.

None of which, with the possible exception of the crumble, I have ever enjoyed. But the mention of slivovitz for grown-ups reminded me of another thing people in Ireland used to make from it and of a funny story I read somewhere decades ago about children getting drunk on it.

Trawling the bookshelves, I tracked the tale down eventually to a writer named Peter Connolly, who died in 1987 and is now mostly forgotten in Ireland if he was ever well known. Despite being a Meathman, he was near enough a local to my native Carrickmacross, being from a place called Ballyhoe, the northern tip of his county, where Meath meets Ulster.

Indeed, the background of his story was a time – the 1930s and 40s – when that area was a designated “fruit district”, as he put it, dotted with “orchards of apple, plum, and pear”, but especially rich in damson trees, lines of which “ran north without a break through Monaghan into South Armagh”.

The other key element of his story was an aunt who had migrated from Clare to marry into the family and brought with her a recipe for turning damsons into alcohol – a dark, ruby-coloured concoction that spent winter and spring “gently fizzing and maturing in small barrels and vats in the cool back rooms and pantries of Aunt Lena’s place”.

Anyway, one year of especially good vintage – 1938, he guessed – the Connolly children were all allowed to sip a small glass of the finished article, even though they were aged from a maximum of 13 (the writer himself was the eldest) down to seven.

And emboldened by this, while the elders were not looking, they then spirited a whole bottle of the stuff away into the hayshed, where they passed it around giddily until they were all scuttered. After that they took to the fields, “singing and cavorting”. Then they climbed a hill and started rolling down it, repeatedly, adding dizziness to the high.

“Everything in our familiar world cart-wheeled around us,” Connolly recalled, “the line of yellow furze, Ballyhoe Lake in its sockets of hills to the left, the woods and church spire over towards Carrick, the distant blue humpbacks of Slieve Gullion and the Mournes.”

They kept this up until they were in a state of “hallucination and ecstasy”. That was when the adults arrived at the scene. “When we were discovered and the interrogation began we were not only drunk by any standard but stoned out of our wits!”

The horror of their parents was heightened by the knowledge, as he mentions earlier in his story, that the family’s “skeletons” included a grandfather who in his later years had taken to spending every night in a local shebeen, from which he had had to be carried home once in the company of a fatal heart attack.

But recalling the wine incident from the safety of late middle age, Connolly was able to declare that the “appalling portent” had not come to pass.  None of the children ended up drunks. And he himself had done well in a career where moderate wine consumption was compulsory, becoming first a priest and later a professor of English at Maynooth.

His early taste of the forbidden fruit drink may even have foreshadowed one of the things for which he was best known in mid-20th century Ireland – his ardent opposition to censorship.

A respected critic, he annoyed more conservative church colleagues by suggesting that fear of the corrupting influence of books occurred in inverse proportion to the amount one read.

He regretted that writers including John McGahern and Edna O’Brien enjoyed a “false fame” for being banned alone.

But he was also an early champion of O’Brien, saying in 1967 that he she was the “most interesting” Irish novelist then writing.