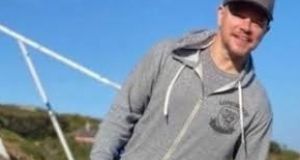 A touch of O’Blarney, a heap of O’Magic and a load of O’Laughter: now showing nationwide is Matt O’Damon and the Little People.

We watch as our hero - a rich celebrity from over yonder in America - finds himself stranded in an overpriced and exclusionary fairy fort on the Irish coast. The locals - armed only with camera phones and high speed broadband access to a global network of social media platforms - are desperate to keep the celebrity’s presence among them a secret. While at the same time ensuring that every single person in the world knows that he is here.

Our hero endears himself by adopting local rituals and customs: living in a big, gated residence and partaking of avocado and toast at the local cafe. Flaunting just a winning smile and a man-of-the-people SuperValu plastic bag, fawning media attention ensues.

The residents of “Ireland’s Amalfi Coast” (how The New York Times spell Dalkey) are quite proprietorial about their celebrity catch. Bono and Enya found themselves as also-rans as locals opined “Matt gets left alone and treated like any other human being”, “We don’t want anyone who is a celebrity to think that we are in any way sycophantic”.

Sycophantic? When Damon gave an interview to the Dublin radio station, Spin 1038, the first thing the overly-excited broadcaster said to him was “Matt, I think I’m going to be sick” before pronouncing him an “absolute hero”.

Elsewhere Damon fast became a “national treasure”, he was “lifting people’s spirits” and being an all-purpose “beacon of joy” in these benighted times.

The tugging of the forelock and the oily, unctuous approach to Damon’s enforced Irish stay is revealing. It says nothing about the man himself - a perfectly pleasant person I’m sure - and everything about us and our obsequious deference to celebrity. Which is a form of self-debasement.

We have a pathological need not just for The Famous Person to visit here but also through some ritual process of transubstantiation become like us too. In days of yore, necking a pint of Guinness was enough for a bout of black-slapping and the tribal conferring of honorary Irishperson status.

Times have changed though and as the increasingly demented Guardian newspaper wrote this week “It wasn’t until Damon was photographed carrying a SuperValu bag that a nation swooned”. For the love of God. It’s an actor carrying a plastic bag.

The fulsome adulation of the actor needs to be put in context: Matt Damon and his expensive entourage of private tutors are staying in a house which rents for €1,000 a day and he has the opportunity at any given moment of clambering aboard a private jet and flying to one of his many homes - his $16.7 million New York penthouse being the nearest.

Our deification of Damon also tells us about how celebrity wattage blinds us. Many of those pronouncing Damon “a national treasure” would have had cause to press their finger against their chin, frown, and declare Damon to be “problematic” and “toxic” not so long ago.

Three years ago, while referencing the sexual harassment and assault allegations being made against Harven Weinstein and others Damon, according to Newsweek, “suggested all sexual misconduct allegations shouldn’t be treated with the same ferocity”.

Many females within the film industry reacted with shock and horror at Damon’s remarks that we should consider the “sincerity of the apologies” before rushing to judgement on those who had harassed or assaulted women.

Damon was quick to apologise saying “I really wish I’d listened a lot more before I weighed in on this”.

Similarly, those who routinely point the finger and shout “Privilege” seem oblivious to the fact that they are involved in a national swoon-in with a multi-millionaire actor staying in a €1,000 -a-day Dalkey house.

Being from the Boston area, Damon would be well aware of the Irish-American cliches and stereotypes about the “auld sod” but surely nothing would have prepared him for his new starring role in a real-life drama that makes the patronising abominations of Oirishploitation films such as The Quiet Man seem like a gritty drama.

And there is cause for worry here. The reporter from the New York Times writes about how she was trying to elicit a response from a local about the presence of a celebrity in their midst. “Leave him be” admonished the local. “He belongs to us now”.

This isn’t Matt O’Damon and the Little People. This is turning into The Wicker Man.