Noel Whelan: Polls suggest another election would not change much

Noel Whelan: new leaders of FG or SF only things likely to shake up Dáil make-up 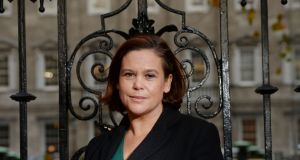 After another recent instalment of the melodrama and brinkmanship of our so-called new politics, it is worth stepping back this Easter recess to take a look at what the polls have to say about the state of the political parties.

Among the identifiable trends is a small but significant improvement in the Fianna Fáil vote. The party’s average across the polls over the last six months was 28.5 per cent. In the February 2016 general election the party won 24 per cent. Its best poll performances in the sample were the most recent ones in February. Fianna Fáil’s involvement in supporting the Government while staying in Opposition has not damaged it in the poll, or not yet anyway.

Fine Gael has seen no real movement in its vote since the last election. It won 25.5 per cent then. Its average vote in polls over the last six months was 25.3 per cent.

Meanwhile, the Labour Party’s position has worsened. It got 6.6 per cent in the election. In the polls conducted over the last six months Labour’s highest vote was 8 per cent measured by Millward Brown in October. Its lowest was 3 per cent in a Behaviour & Attitudes poll last November. The average Labour vote across the 16 polls was 5.4 per cent.

It seems Labour is in the same position as Fianna Fáil was in the immediate aftermath of the 2011 election. The voters are just not prepared to listen to the party again – at least not yet.

At first glance the recent polling suggests Sinn Féin’s position has improved since the last election. The party got 13.8 per cent in the general election; its average over the last six months of polling was 17.6 per cent.

Polls tend to overstate Sinn Féin somewhat, however (with the exception perhaps of Red C), but even allowing for that it seems likely that there has been a slight improvement in Sinn Féin’s position, particularly in the last couple of months.

Determining the vote share of the smaller political parties and Independents from these national polls is very difficult. All the pollsters measure the Green Party as a separate entity, and it has fluctuated between 1 and 4 per cent.

Only some of the pollsters show separate figures for the Social Democrats, and they have fluctuated between 2 per cent and 4 per cent.

Over the last six months the Solidarity/People Before Profit grouping, (previously known as AAA/PBP) have fluctuated between 3 per cent and 6 per cent. A Red C poll last October put it at 9 per cent, although at this remove that seems to have been an outlier.

It is even more difficult to measure the support for Independents as a collective group given their diversity. Some of the polling companies distinguish within the Independents between the Shane Ross-fronted Independent Alliance and other Independents. I, for one, am not convinced that voters sampled for these polls necessarily know the difference between those Independent who are allied and those who are not.

It is also of interest to see how varied the size of the gap between Fine Gael and Fianna Fáil is in each of the polls. The Ipsos-MRBI and Red C polls tend these days to have the two main parties close together, whereas the gap between them in Millward Brown and Behaviour and Attitudes polls is much wider.

A Behaviour and Attitudes poll in February had Fianna Fáil on 32 per cent and Fine Gael on 21 per cent, whereas a Red C poll which was in the field at or about the same time had them just two points apart at 26 per cent and 24 per cent. I think the latter is likely to more accurately reflect reality.

Politicians are drawing the obvious conclusion from the recent polling: if there was another election any time soon things wouldn’t change much.

Of course there are known unknowns which would cause dramatic shifts in the poll figures. A change of leader would improve Fine Gael’s position. The novelty bounce for Leo Varadkar would be greater than that for Simon Coveney.

Above all else, however, it is the circumstances in which the next election occurs that will shape the outcome. If, as seems likely, the election comes about because of the premature collapse of the Fine Gael-Fianna Fáil confidence and supply agreement then whether and how another government could be formed is likely to be the dominant question in that election campaign.