Next in line for the anti-vaccination brigade? Autism 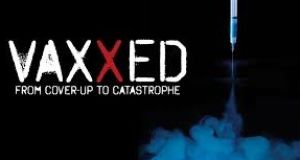 There were 772 new cases of autism diagnosed among Irish children last year – a record high. The rise is attributed to better evaluation procedures and a greater awareness of the condition. Television programmes such as RTÉ’s recent Autism and Me and the BBC drama The A Word help to reposition autism as simply part of the human condition and lessen the stigma and ignorance previously associated with it.

One leading autism researcher Simon Baron-Cohen is now sanguine enough to suggest that autism can follow the same cultural trajectory as dyslexia – a condition once punished but now healthily accommodated.

But just as the new Irish autism figures were released this week so too came the news that Vaxxed. com will be visiting Ireland next month for a series of “tour dates”. The website was put up to promote the controversial film Vaxxed which has been banned by many cinemas over its purported linking of the MMR vaccine (for measles, mumps and rubella) to autism and alleged governmental cover-up of this link.

Given that in the current political climate, there’s profit to be had in populist appeals to the “disenfranchised”, Vaxxed.com is billing its documentary as “the film they don’t want you to see”. To further its renegade status it is selling “tour merchandise” (T-shirts and hoodies etc with the slogan “From Cover-Up To Catastrophe”) and highlighting its “Banned!” status as if it is the Sex Pistols of the conspiracy-theory world.

The film’s supporters would be of the view that bubble-dwelling metropolitan media and political elites who view the anti-vaxx movement as a dangerous cult who are a threat to public health safety are in league with Big Pharma.

That Vaxxed will be soon be “on tour” around Ireland – interviewing parents of autistic children who believe the MMR vaccine caused their child’s condition (by all accounts) is consistent with the turbulence currently being experienced as a result of Brexit and the Trump presidency.

All these unlikely phenomena owe a debt of gratitude to the Machiavellian machinations of the tobacco industry.

By the 1960s there was conclusive medical proof of the links between smoking and cancer. The formidable tobacco industry knew the game was up but if it could just sow some doubt about the evidence, it could earn a lucrative reprieve. Which it did – litigation and regulation didn’t happen until decades later.

A leaked tobacco industry memo from 1969 has taken on a new relevance today. It reads “Doubt is our product since it is the best means of competing with the body of fact that exists in the mind of the general public. It is also the means of establishing a controversy.”

Such was the amount of “wriggle room” achieved by the tobacco industry by simply establishing a nebulous sense of “doubt” that Richard Proctor, a historian at Stanford University, began a detailed study of how the tobacco industry managed to get away with so much for so long.

“I was exploring how powerful industries could promote ignorance to sell their wares. Ignorance is power. Ignorance is not just the not-yet-known, it’s also a political ploy. A deliberate creation by powerful agents who want you “not to know”” Proctor has said.

Proctor coined the term “agnotology” to describe the study of deliberate propagation of ignorance, or “wilful acts to spread confusion and deceit to sell a product or win favour” if you prefer it on the rocks.

The use of agnotology is a one-stop-shop for climate-change deniers, anti-vaxxers, health and fitness snake-oil merchants and populist politicians. The facts don’t matter, all you have to do is to sow doubt and any doubt will do. Barack Obama was born in Kenya. That will do nicely.

“We live in a golden age of ignorance and Trump and Brexit are part of that,” Proctor told the Financial Times this month. The propagation of ignorance that was the now infamous Leave campaign cry of “We send the EU £350 million a week” did its job – despite being refuted – by creating doubt about how much the UK pays to the EU. As with the tobacco industry previously, the Leave campaign threw doubt at the facts – and doubt won.

Agnotology is a few rungs up the semiotic ladder from the idea of “post-truth”. While the latter merely has emotional persuasion as more important than facts, agnotology has it that if you spread ignorance you can short-circuit the facts.

The Trump administration is quickly becoming a past master at the strategic use of ignorance. Whether alluding to a terrorist crisis that never was in Sweden or blaming refugees for a “massacre” in Bowling Green in the US that never happened, simply creating doubt suits a political end and diverts attention from issues such as a foreign power influencing your election result.

The fact-checkers left to tidy up the mess are the two-line correction on page 11 compared to the front-page splash of the original claim.

Agnotology means never having to say you’re sorry. When you cannot refute the facts, as in the medical fact that the MMR vaccination does not cause autism, you simply try to turn public opinion against knowledge itself. Anti-vaxxers believe our “knowledge” about vaccinations and autism is wrong because of a governmental “cover-up” of the real facts.

Trump employs textbook tobacco industry of old tactics – he discredits the agents of knowledge (the free press) as “liars” who publish “fake news” – “the enemy of the people” even.

What the tobacco industry did more than 50 years ago was to subtly subvert the truth about smoking causing lung cancer. They went above the heads of scientific proof and medical facts by appealing to the idea that there is no real truth and even if there were a truth, it is unknowable.

As late as 2000, a US politician wrote an op-ed for his congressional campaign website which stated, “It’s time for a reality check: despite the hysteria from the political class and the media, smoking doesn’t kill”.

That same year, his campaign received thousands of dollars from political action committees or PACs affiliated with the tobacco industry.

That politician is now one of Donald Trump’s closest advisors. His name is Mike Pence, the US vice president.