Kathy Sheridan: The weaponisation of shame

Shame has long been used to control women in Ireland so why won’t it work on Trump? 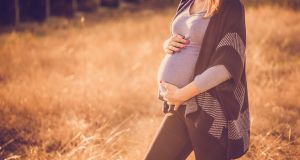 We can only marvel at the brilliance of social engineers who managed to protect their property, customs and traditions by using shame to control women who became pregnant in the ‘wrong’ cirumstances. Photograph: iStock

Shame. The word occurs with terrible frequency in all the stories about mother and baby homes. Justine McCarthy, in her magisterial Sunday Times column on her “wild, beautiful and wilful” older sister, who fled to England to have her baby son in 1974, writes that their mother – then only 39 and widowed with four small daughters – encouraged Berenice to go. More than that, she accompanied Berenice on that well-trodden Via Dolorosa across the Irish Sea and stayed with her while waiting to have the baby adopted.

“Our mother made these plans out of love for the four of us. She knew the shame awaiting us once tongues started wagging.”

But what would have been so bad about staying? Anyone curious about what an actual mob-shaming might have looked like back then, should source the 1993 Late Late Show segment featuring Annie Murphy, who was a fragile young woman in 1974 when she gave birth to Bishop Eamon Casey’s son. Murphy’s real offence was to confirm many years later that, a) her child had an actual father, an astounding revelation; b) the father had a name, and c) he had been negligent as a father.

In an audience planted with pious, nit-picking accusers, one was given free rein to accuse her flatly of lying about the father’s identity. Never mind that the bishop had already acknowledged his son and so, at minimum, a sexual relationship. To satisfy this narrative, the mother also had to be a bit of a slut and a liar. If this was the atmosphere only 23 years ago when the show was screened, imagine how it must have been 20 years before that, when Berenice’s baby was born?

Last weekend, one of the most read features in this paper was about another birth out of wedlock in 1974. A schoolteacher, then aged 24 with a job and a flat, wrote of giving up both, then driving herself to Bessborough House mother and baby home in Cork to “hide” – because “at that time this was by far the worst thing that could happen to a girl like me”.

Though as many as 10 babies were baptised there every week, no fathers appeared for this most fundamental of Catholic rites. Her own child’s father was no different. “Like many men at that time”, he gave her “little support” during the pregnancy.

Shame. We can only marvel now at the brilliance of those social engineers who managed to protect their property, customs and traditions, by using such a simple device to control their women.

If there are some who wonder why many irritating women now seem so bent on changing the tone of public discourse and much else about our bodily autonomy and wellbeing, the answer lies here. The year 1974 is not ancient history. The babies born that year are only 43 or so. What kind of fool would not be hyper-vigilant in such a society?

Still, there will be plenty of people who hold that shame is no bad thing and may be the solution to society’s ills. They are not wrong. Imagine if those brilliant social engineers could find a way to weaponise shame again? To get it right, however, you may have to begin by asking why such a powerful emotion, one that scorches to the heart of our identity, burdens some so much more grievously than others?

It is regularly noted, for example, that Donald Trump feels no shame, a fact that undoubtedly enabled him to claim multiple bankruptcies, kill small businesses, short-change workers, grab women’s genitals, shout his ignorance daily via Twitter, blame everyone else for his mistakes, and finally landed him the job of president of the United States. Look where shameless lying took the Brexit campaigners. Without shame, everything is possible. If there is no social sanction for liars, crooks and deceivers, what have we left?

In the 1990s, amid an eruption of fury in Britain about high chief-executive pay, Howard Davies, then boss of the Confederation of British Industry, startled everyone by agreeing that they were indeed overpaid. The solution, he suggested, was a combination of pay transparency and public embarrassment. In other words, shame would fix it. And indeed, when the changes came to pass, the fat cats were indeed ashamed – but by being shown, in public, to earn too little. And thus began the obscene “compensation” spiral for top cat status that continues.

Davies’s plan failed for an obvious reason. Shame has no effect on those who operate by a different set of rules. The really bad news is that the chief exemplar now occupies the White House.

It’s a challenge to be sure. Back in the good old days, the social engineers only had terrified women to deal with. Now let’s see them shape up to folks their own size.