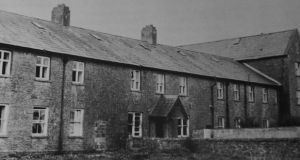 The Mother and Baby Homes Commission Report demonstrates the state’s continuing failure to communicate with survivors and recognise their experience. To illustrate this point, I want to discuss one of the Report’s most important conclusions; that there was “very little evidence” of “forced adoption” in Ireland in the period 1922-1998. This conclusion is based on an analysis that divorces law from its social and political context, assuming that if conduct was ‘lawful’ then it cannot have been abusive.

“Forced adoption” was one possible, partial, name for the ways in which some single mothers and their children experienced adoption law. As part of the process of holding the state accountable for past abuse, survivors wanted and expected the Commission to evaluate how the law was applied to them. Instead, however, the Report focuses on explaining the old adoption laws and on assessing whether adoptions were generally legal or illegal at various points in Irish history.

The Report emphasises that mothers in Ireland “had time after the initial placement for adoption” to understand the consequences of their decision, assess it, and perhaps change their minds. It is true that the Adoption Act 1952 provided that the baby must be at least 6 months’ old before an adoption could be finalised. Even if a woman decided to place the baby for adoption while still days or weeks old, in theory she had a months-long “cooling off” period in which to change her mind. If she did not object during that period, the law assumed that her decision was not forced.

The Commission contrasts Irish law with the law in Australia which, in the Commission’s opinion did enable forced adoption. In Australia, a legal adoption could take place within days of birth. This analysis is weak. Ireland’s mandatory six-month waiting period only applied between 1952 and 1974. Before 1952, Ireland had no adoption legislation and therefore no statutory cooling-off period. From 1974, the mandatory waiting period was reduced to six weeks. In any event, we know that prescribing this period in law did not ensure that women had meaningful opportunities for free choice. If a woman spent that period in a “Home”, for example, the Commission accepts that she was often subject to “emotional abuse”. This inevitably undermined her freedom of choice.

The Report also maintains that there is a real difference between being “forced” to consent to adoption and having little choice in the matter. The Report repeatedly and unequivocally recognises, and survivor testimony shows that women who surrendered their children often did so because they did not have the social or financial supports needed to parent the child. The state did little to alleviate that pressure. Certainly, adoption agencies, the Adoption Board, social workers, solicitors and (exceptionally) the courts had some legal responsibility for overseeing women’s decisions. However, as the Report acknowledges, this oversight was structurally inadequate and survivors’ testimony associates many of these bodies with inflicting, rather than reducing stigma and pain.

Nevertheless, the Commission argues that an adoption decision made in circumstances of fear, stress or deprivation was legally valid, provided the woman understood its consequences when she signed the forms. The law was so light-touch because, as the Commission’s extensive discussion of the surrounding history demonstrates, adoption was considered to be an unalloyed social good, even in circumstances where church, state, society and the professions made single motherhood almost impossible.

Rather than merely re-stating the old adoption law, the Commission could have attempted to put itself in the place of these women and girls in order to properly understand their decisions. It did this for other important actors considered in the report. For example, in its brief discussion of falsification of birth certificates, it speculates that those who committed this crime may have done so for what were perceived to be good reasons, including “sparing” the child the legal and social burdens of “illegitimacy”. So, when it examines the actions of people who arranged adoptions, the Commission implies that cultural pressures might override effective legal agency. It is difficult to understand why it could not say something similar about mothers, who made far-reaching legal decisions under overwhelming strain, without the benefit of status, respectability or professional solidarity.

The Report’s over-reliance on detached legal analysis as a means of distinguishing between abusive and acceptable conduct undermines many of its recommendations for future state action. The Report recommends that most women who spent time in the “Homes” should not receive any financial redress. This is a direct consequence of its failure to recognise that women and their children were harmed when closed adoptions were finalised without their full consent and indeed, when mothers were separated from their children and no subsequent adoption took place. The government should revisit this recommendation in close collaboration with survivors. It should also recognise that the law on adoption secrecy is now very precarious, and requires urgent reform. It is impossible to justify continued restrictions on adopted people’s access to their birth and early life information when we cannot be confident that most women consented to permanently sever all legal connection to their children.

When the Commission was established, the government of the day promised a “transitional justice process”. Such a process would aim to understand past state actions so that we can make amends to those who suffered most and guarantee that those harms will not be repeated. It is, of course, important to explain the law prevailing at the time, but we must be mindful of the fine line between explanation and excuse. The law of the past should not govern today’s response to the abuses legitimated and enabled by that law.