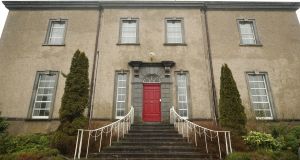 Sean Ross Abbey in Roscrea, a mother and baby home operated by the Sisters of the Sacred Hearts of Jesus and Mary from 1930 to 1970. Photograph: Niall Carson/PA

The most heart-felt request of many of those who were born in the mother and baby homes is not for financial compensation but to have access to the documents that would reveal to them their early selves – birth certificates, adoption papers, documents from the institutions and from the organisations that worked with them to place them in new homes.

Currently, when you boil it down, the right to the birth mother’s privacy trumps the right of the adopted person

A birth certificate is a public document, but many adopted people have experienced great anguish trying to find their original certificates because they don’t know their name at birth, and the people that do know sometimes won’t tell them. Sometimes the searchers are helped by a nod and a wink; I know of one person who spent several hours looking in vain for the document only to give up in frustration. On the way out, someone advised having another look in a particular location; sure enough, there it was. But often the searchers don’t get help; often their quest is fruitless.

Survivors and campaigners argue that access to this information about oneself is a fundamental human right. The report of the Commission of Investigation into Mother and Baby Homes, published this week, agrees:

“Adopted people should have a right to their birth certificates and associated birth information. A person’s right to his or her identity is an important human right and should only be denied in very exceptional circumstances. Medical information and adoption records compiled at the time of the adoption should also be available.”

It’s hard to argue with that.

We should say it straight up: this involves a rebalancing of rights between mothers who gave their children up for adoption and the children who may be seeking information about them. Currently, when you boil it down, the right to the birth mother’s privacy trumps the right of the adopted person to the information. Sometimes, the mother may have, all those years ago, left instructions that she was never to be contacted. But I think a person’s right to know who they are, in this most basic sense, should override another person’s right to privacy. No-one should be forced to acknowledge their child, if that is truly their wish; nobody can be forced to have a relationship with another unless they wish to. But the adopted person should have the right to know; everyone should.

Easier said than done, though. The first attempt to change the law was by then children’s minister Mary Hanafin back in 2001. There have been several attempts since, the most recent being another children’s minister Katherine Zappone’s during the last administration. She was advised by then attorney general Séamus Woulfe, however, that to create such a right in legislation would be unconstitutional.

The advice of the current Attorney General, Paul Gallagher, is different. He thinks that an approach based on European data laws – the much maligned GDPR – could open the way for a right to access these documents on the grounds that they are personal data. Ministers have been slightly circumspect in their public statements on the issue, saying that their “intention” is to legislate in this regard. But I have spoken to people in Government who are privately more bullish. One spoke of “lighting a fire under their arses” – an expression which in some parts of the country indicates a high degree of urgency.

So while Minister for Children Roderic O’Gorman says he hopes to have the pre-legislative scrutiny of the Bill started by the end of the year, a timescale that gave rise to groans among some campaigners, who feared another long-fingering – there is a strong chance he may be in a position to get the ball rolling a good bit sooner.

If Gallagher – who is one of the most influential voices in Government, despite having a nominally advisory role – is right, there will be no need for a constitutional referendum, a prospect raised in the commission’s report and a route that could delay the legislation for years. Instead, the legislation could be on the statute books long before the end of this year, and the new rights exercisable soon afterwards.

This is not just, however, a matter of legal wrangling; it is more a matter of political will. And I think the political will, as a result of the report and the testimony of survivors, has changed and taken on a new and more urgent character.

That is one of the most important things to come out of this week: the Government is now committed to the rebalancing of those rights. In the understandable reaction to the mammoth report, that has been largely lost. But it is of immense significance to the people involved.

A word of caution, though. It is undoubtedly the case that many people who were born in and adopted from mother and baby homes will be disappointed with the ultimate outcome, even if their rights are finally recognised in law. The commission reported that, having examined the records held by the institutions and the adoption organisations, it found they were “very limited” in most cases. This is, of course, irrelevant to the question of whether access should be established by law.

One of the peculiarities of this country is that people think the State is useless at most things, but nonetheless expect it to perform wonders to improve their lives and society. But the State can and should do this, to help a group of people that deserve help, and have been denied it for a very long time.