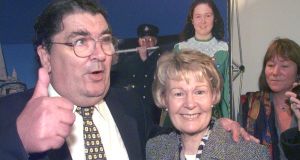 At a British-Irish Association event many years ago, some were questioning John Hume’s approach at the time. Dismayed by this, the great journalist Robert Fisk (lately deceased) turned to Hume’s colleague, Denis Haughey, to ask: “Do they not realise that anything that might make for progress or a solution begins as an idea inside that man’s head?”

The profound respect shown on Hume’s death, right across Ireland, told how many people recognise his titanic role through turbulent times. Through the grief prevailed an abiding gratitude for his inspiration, which should be translated beyond passing appreciation of his signal leadership on our island. We can ensure that the ethics he brought to asserting rights, overcoming wrongs, affirming equality, respecting difference, repudiating all forms of violence are not just remembered for our time but reflected in future generations and other places.

It is not just the Hume ethic which should be propagated but also the Hume method. Analysing the realities of a problem; defining the corresponding requirements of a solution; embracing the legitimacy of contesting perspectives; canvassing international engagement; driving for inclusive dialogue, to achieve not just mutual engagement but mutual adjustment and democratic agreement.

His single-mindedness was not closed-mindedness. Nor was it single-handedness. Hume had a discerning knack to work with others, in different ways, at different times to tackle problems and turn to prospects. But, it was the partnership with one constant other, Pat Hume, that was essential to his resilience, tireless logic, constancy of principle, renewal of empathy and energy of purpose. With Pat beside him and behind him – to borrow words from Ted Kennedy – “he neither bent with the wind nor broke with the waves”.

Pat’s sterling contribution was not just in loyal support through political travails or stoic sacrifice of lost family time due to his work and travel. It was also in direct public service on the full range of constituency problems, many accentuated by compound deprivation and the effects of the Troubles. Both an empathetic listening ear for people and her husband’s first informant and counsel on many serious and sensitive events.

The John and Pat Hume Foundation for Peaceful Change and Reconciliation has been formed not just to protect a legacy of peerless service but to promote the lessons of persistent principled purpose as a path to enablement and emancipation. Hume was a change-maker long before he had to become a peacemaker. In the Derry Credit Union and the Derry Housing Association he pioneered the transformative dynamic of self-help and embraced a culture of empowerment that challenged the discriminatory order via the Civil Rights movement.

Resolutely non-violent in the face of all pressures and provocations, he led the community from divided grievance to shared governance. He was the pathfinder for the agreed Ireland mandated by the people, North and South, in the joint referendum on the Belfast Agreement. That dual endorsement to recruit the legitimacy of both traditions so that all could give allegiance to shared institutions was just one of the ideas that started inside his head. Challenging inherited assumptions, he changed paradigms with a laser logic that saw his disputed analysis of “three sets of relationships” adopted as the three-strand agenda for talks and template for the agreement. The stone the wreckers rejected became the cornerstone.

Such “stickability” can be an example and inspiration for those in other places trying to overcome injustice, inequality, indifference or inertia as they work to end or avert conflict. The Hume foundation hopes to offer support and solidarity to such peaceful changemakers. Emulating Hume’s partnership habit, the foundation will work with other agencies.

It has a distinguished and growing international advisory council to assist in these and other efforts. In two years of preparation a board has been formed comprising directors with a spread of experiences and perspectives which can guide our work.

Hume envisaged a “healing process” and reconciliation when shared institutions would accommodate different identities and cultivate common interests. With Séamus Mallon he wanted each generation to write its own chapter. For various reasons, this vision has not really flowered as hoped. The foundation want to support rights’-builders and reconciliation pollinators in social, cultural, environmental and economic fields as well as younger political and civic circles. Pat Hume wants the foundation to value “quiet leaders for peace”.

Hume always brought his international visitors in Derry to meet those working for positive change on the ground. He did much to ensure that EU peace funding would support such initiatives across the North and border counties. Peace was too serious and precious to just leave to the politicians, he believed.

Social justice was close to the Humes’ heart, as seen in their foundational support for Lifestart in Ireland and the donation of his peace prize money to SVdP and the Salvation Army. That will also be a window of the foundation’s work, helping to amplify truly inclusive and changemaking public policy premises such as “every child is our child”.

In Association with Peace in Action there will be an online event with Martin Luther King Jr on Thursday, November 19th at 7pm https://www.facebook.com/politicsinaction/live/

1 Michael J Fox: ‘In the wheelchair, I’m luggage. No one listens to luggage’
2 The Crown’s Josh O’Connor: ‘I’m a republican. I’m not interested in the royal family’
3 School leggings controversy: Anatomy of a social media firestorm
4 Miriam Lord: Dramatic Al sets the stage for a dark day of reckoning
5 Publican blames Covid-19 as Dublin’s Dice Bar to shut for good
Real news has value SUBSCRIBE