The Irish Times view on Ireland water quality: Failing on a basic obligation 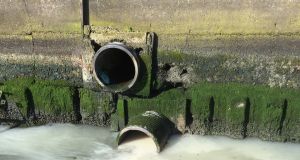 The Avoca river in Arklow: Treating human waste adequately so it can be safely released to the environment is one of the most fundamental requirements of a modern state. Photograph: Laura Hutton

Covid-19 restrictions provided the opportunity for many to rediscover Ireland’s natural water resources – beaches, lakes and rivers – on their doorstep. All too often, however, they met with the consequences of ineffective wastewater infrastructure, such as sewage overflows caused by heavy rain resulting in unpleasant encounters with sanitary waste – notably wet wipes – and bathing restrictions. At 35 locations across the country raw sewage continues to be discharged on a daily basis.

The Environmental Protection Agency’s latest report on urban wastewater spells out the extent of the failure of Irish Water to not only ensure wastewater is safe to discharge in all instances, but to deliver on commitments. Two years ago, the utility advised it would provide necessary treatment infrastructure by the end of 2021 for 30 of the 35 areas discharging raw sewage. It has now revised this down to just two areas, resulting in delays in bringing projects to completion.

In 2019, treatment at 19 of our 172 large towns and cities, including Dublin and Cork, failed to meet EU standards. While this is down from 28 over the past two years, the utility “has no clear plan to improve treatment at 23 areas where wastewater is a significant threat to waters”.

Growing uncertainty around Irish Water’s planning and delivery of projects is undermining confidence in its capacity to reduce risks to public health and the environment in a timely manner. It should be acknowledged Irish Water inherited problems with some projects when it took over responsibility for water delivery from local authorities. That said, delayed timelines risk further deterioration over coming years. Ringsend treatment plant in Dublin, which processes almost half the country’s wastewater, is the biggest contributor to non compliance with EU standards. A major upgrade is being undertaken but its benefits are unlikely to come until 2025. In the meantime, its lack of capacity means associated storm water tanks will overflow at times of heavy rainfall, releasing untreated sewage into the sea nearby.

Irish Water says planning difficulties, especially where new facilities are involved, is the biggest factor undermining timely delivery. This underlines the need for new approaches to getting critical infrastructure in place within a reasonable timeframe, while not undermining the public’s ability to raise concerns. Deploying the best technological solutions combined with widespread rainwater harvesting and attenuation in buildings can help address the infrastructural deficit.

As the Sustainable Water Network has noted, treating human waste adequately so it can be safely released to the environment is one of the most fundamental requirements of a modern state; “yet more than 25 years after this most basic obligation was enshrined in EU and Irish law, we are still failing to deliver it”.