The luck of the draw? 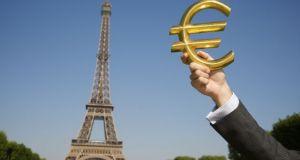 Sir, – We lose the hosting of the Rugby World Cup to the French, and now the European Banking Authority, again to the French, and we wonder why the British think that Europe is dominated by the French and Germans. In the current European environment, we would have a better chance of hosting the US Super Bowl or the Australian Melbourne Cup. – Yours, etc,

Sir, – We have recently lost out on the European Medicines Agency, the European Banking Agency and the Rugby World Cup. Ominous signs for a soft Brexit. – Yours, etc,

A chara, – It is very disappointing to lose out to France in a second hosting competition in the space of a week. Seriously though, is Ireland really a creditable place to host a banking regulatory authority for Europe? Our record in regulating our own banks suggests not. – Is mise,