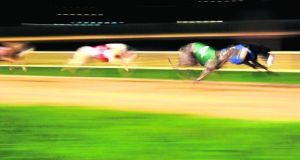 Sir, – In response to the letter by Nuala Donlon (November 20th), the Irish greyhound industry is well regulated through legislation, and greyhound welfare is a top priority for the Irish Greyhound Board (IGB).

The Irish Retired Greyhound Trust is an IGB charity established to re-home retired greyhounds, in addition to the number that are held by owners as pets.

In total, 5387 samples were taken to combat doping in 2016, and of these 48 resulted in an adverse finding, which equates to a less than a 1 per cent positive rate.

Live baiting or “blooding” is a reprehensible act and is rightly outlawed.

The Horse and Greyhound Racing Fund was established to ensure investment into these traditional industries based on revenues from excise duty on betting, which is paid to the exchequer.

The Irish greyhound industry supports several thousand jobs across 16 tracks in Ireland. It is a labour intensive and rurally based industry. These jobs and the prize money for owners create an additional local spend supporting economic activity.

If anyone has information relating to mistreatment of greyhounds, this should be reported to the Irish Society for the Protection of Cruelty to Animals, An Garda Síochána or the IGB, as all reports are investigated. – Yours, etc,