‘A new economic plan for Ireland’ 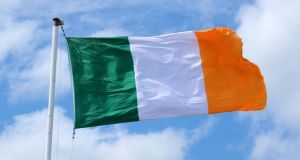 Sir, – David McWilliams’s “new economic plan for Ireland” confirms that the Celtic Phoenix can resurrect the hubris of the Celtic Tiger years (Weekend, November 18th). At the height of the Celtic Tiger he told us that Ireland should be like Venice of old and trade the great powers off against each other. Now we are to be like medieval Hanseatic cities “negotiating between the great powers rather than siding with one explicitly”.

His plan involves resisting EU moves to tax internet companies and transforming ourselves into a corporate shareholder in these companies. This would create obvious conflicts of interest as Ireland is an EU member state and is not simply “siding” with the EU. Aside from this, the EU is not alone in pursuing such tax reforms, and there is global recognition that internet companies cannot continue to operate outside of regulatory and taxation frameworks. In October, an Indian tribunal ruled that Google must pay taxes in India in respect of ad revenues booked in Ireland, and Google also settled a large tax claim in Indonesia earlier this year. Indonesia and Thailand are pushing for further tax contributions, and Israel, Jordan, Colombia, Argentina, Brazil, Uruguay and Paraguay either have, or are in the process of, introducing measures to oblige internet companies to pay more tax locally while many other countries are examining how to do this.

Potentially as a quasi-corporate state, Ireland could end up with huge liabilities towards a large number of other countries, and the parallel between the Celtic Phoenix and the Celtic Tiger would be complete. – Yours, etc,