Ireland’s best interests will always include a healthy, friendly and mutually supportive relationship with Britain 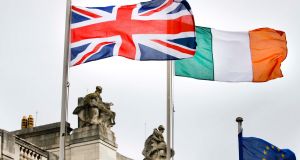 The Brexit process has revealed shocking levels of ignorance, even among much of Britain’s political class, about Ireland. Photograph: Brian O’Leary/RollingNews.ie

Whether or not there is a last-minute deal between the United Kingdom and the European Union, geography will still be destiny. Ireland can no more drift away from Britain than Britain can float off from Europe. London has finally recognised this fact by withdrawing legislation that undermined the Northern Ireland protocol to the withdrawal agreement – a welcome case of reality trumping ideology. Ireland, too, must recognise that, whatever happens, we have to live with our nearest neighbours, and that it is in all our interests to have a constructive, civilised relationship.

There is no doubt that Anglo-Irish relations have been going through their most turbulent period since the darkest days of the Troubles. Nor can we avoid the truth that the futures of the two main islands in our archipelago are diverging more radically than at any time since Irish independence a century ago. Britain is heading off on its own perilous and ill-planned expedition into the wilderness. By choosing not to follow, Ireland has remained on a very different track.

None of this, however, diminishes the importance of each country for the other. The ties of migration, culture, trade, history and language survived the great upheaval of 1922. They will survive this disruption too, simply because they have to. There is too much at stake for both sides, not just in relation to their shared responsibility for the future of Northern Ireland, but in many dimensions of daily life.

The Brexit process has revealed shocking levels of ignorance, even among much of Britain’s political class, about Ireland. Boris Johnson’s comparison of the Irish Border to the boundaries of London boroughs revealed an insouciance that should worry everyone on this island. The reaction to this recklessness, meanwhile, has, as President Higgins so eloquently put it last week, allowed “some of those on the nationalist side” to generate “a form of Anglophobia which has been utilised and exists in some quarters to this day, and is perhaps being fuelled by the worst aspects, and feared consequences, of Brexit”.

All of this could get worse as a potentially chaotic Brexit unfolds. There will be, at best, blame games and, at worst, physical confrontations. There is too much dry kindling lying around from the dead wood of the past for anyone to dismiss the dangers of anger and bitterness. Criticism of Brexit is entirely justified. The revival of enmity is not. Ireland has done a fine job in the whole fraught Brexit process of looking after its own vital interests. Doing so often meant facing down the bullying of the Brexiteers. But we cannot get stuck in that defensive posture. Ireland’s vital interests also include a healthy, friendly and mutually supportive relationship with Britain. Our two nations may now be on very different paths. But our destinies are, and always will be, intertwined.